This post has been in the works for quite some time now. The past semester has been full of interesting experiences that could be posts in their own right. However, I seldom have had the patience or energy during term to sit down and write them. Now that the Christmas break has started and I have finally managed to soak in some of the warm Indian sunshine, it’s time to revisit all those anecdotes and put together a cohesive summary.

I started the academic year by moving back into university’s accommodation. My choices during the application were Dalton Ellis (catering on the weekend), Ashburne (quiet and quaint) and Woolton (No good reason, I guess it was another catered hall).

I found out that I was assigned Ashburne Hall before I went home for the summer, but it was only on moving in that the charm of the place took effect. Long corridors with high ceilings, a large and ancient library with huge windows looking out on the lawn and a rich history dating back to the early 1900s surely add to its aura. With all the other modern creature comforts thrown in, it is no surprise that this is one of the best halls here at the University.

Alas, before I could settle in and perhaps attend one of the traditional formal dinners, I ended up bumbling my way to CERN in Geneva, Switzerland for a 4 day hackathon. 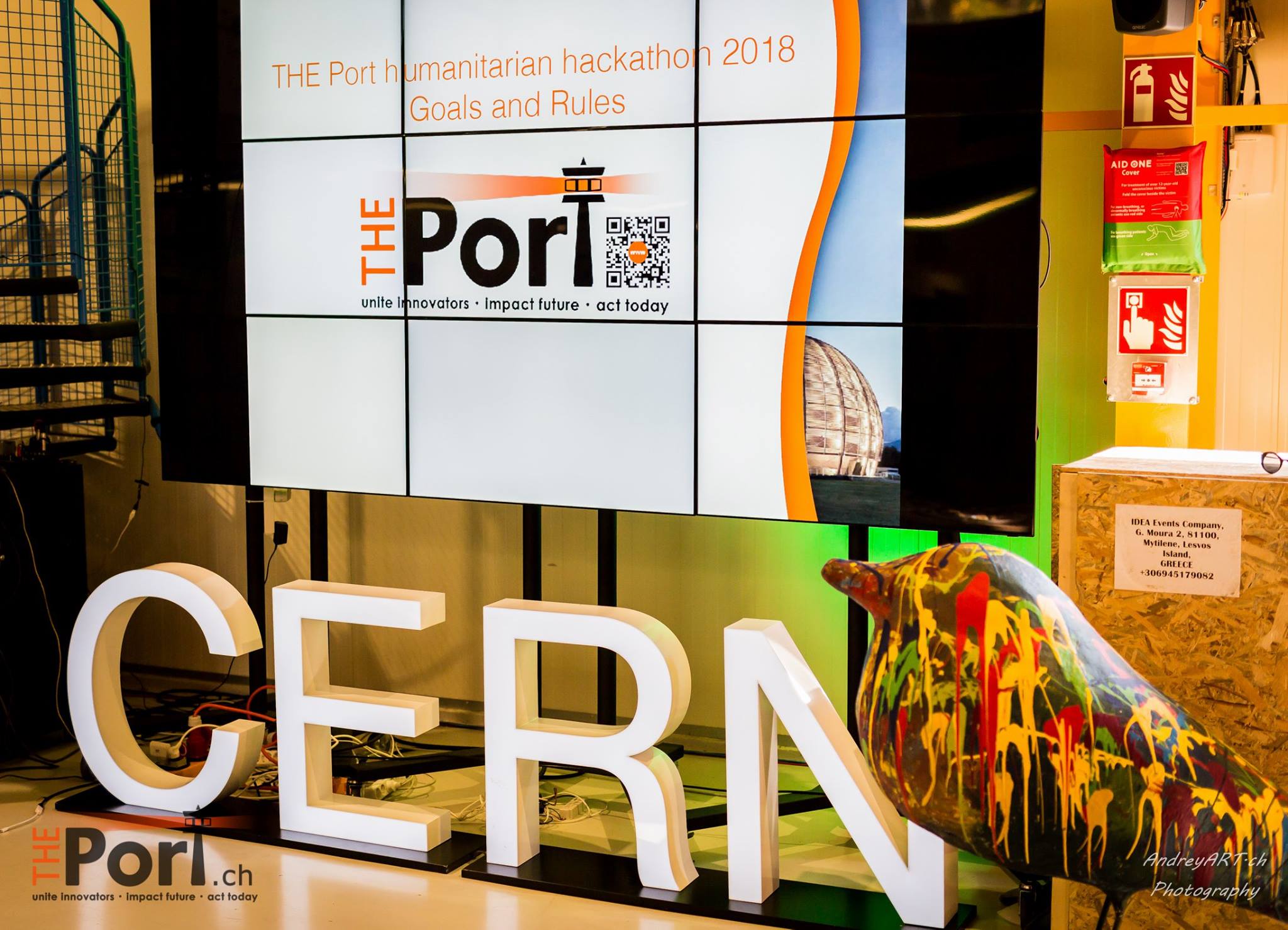 When one mentions CERN, the first thing that comes to mind is a humongous machine that only exists to cause a particle pileup on the quantum highway, so that some really smart people can tell us how the universe came into being!

The Large Hadron Collider, whose function I paraphrased above is not the only thing CERN does though. With so many talented minds around, it would be a waste to not solve other pressing issues and therefore, some of the people who work there decided to do an annual hackathon. They provided us with CERN’s superb resources, be it research excellence, incredible mentors from CERN/EPFL, cranes (the 60 feet kind) and contacts in the industry to take the project forward. They then let 6 multidisciplinary teams loose on various problems for 4 days and it finally culminated in a presentation before an esteemed group who could provide support to take the projects out into the real world. In fact, the ideas that were thrown around ended up inspiring my 3rd year project.

It was all quite exciting and a rare opportunity, although I came really really close to missing it. The trouble is, as a non-European passport holder, travelling is not always hunky dory. When I want to travel I need to navigate a maze of processes that seem to have been devised by Daedalus and Icarus themselves! And in my case, my application was forwarded to the with great reluctance because of all the fun that entails when you mention a “HACK”-athon. This is not to say that the Embassy didn’t understand what a hackathon meant, on the other hand, the application breezed through once it got to them. However, I couldn’t even have the last laugh, when the visa came back, the purpose of visit was listed down as ‘Other Motives’.

Despite all of this I was able to safely board my flight to Switzerland, and it was in Geneva that I also happened to board the bus, strangely to France. Little did I know that the bus that says ‘CERN’ on it when collecting  at the airport first crosses the border into France, then comes and heads to CERN back in Switzerland, in the opposite direction!

Nonetheless, these (mis) adventures wouldn’t have been possible without the help of the Student Activities Fund here at the School of Computer Science. The fund exists to financially enable students to undertake opportunities that can be of great value as an undergraduate student. It was due to this fund that I was able to cover the cost of visa, plane tickets and insurance to visit Geneva and Barcelona (it was on the weekend after Geneva) for hackathons.

HackUPC was one of the first MLH hackathons of this season and it was organised at a time when the weather in Barcelona is quite the respite from the sultry Manchester rain. As I had mentioned in a previous post, I intend to maximise the fun and learning when at a hackathon, both for my team and myself. At Barcelona, this is exactly what we did.

Starting Friday, we slugged through the night hacking a DSLR and Raspberry Pi to create a Photo Booth. By Saturday afternoon, the voice control and DSLR was mostly working but the Raspberry Pi was acting up over the network. So, we took the sane decision of hitting the beach and gulping down some gelatos. After a 5 hour jaunt walking the streets of Barcelona, swimming in the Mediterranean and humming Ed Sheeran and George Ezra’s songs, we returned, refreshed and raring to go.

By early Sunday morning, we not only managed to have all the components working, we also put together a nice case of cardboard around it, emblazoned it as if it were an F1 Car with sponsor stickers and sent a shoutout to people to come try it out.

Maybe it was the fact that our photos spammed the Twitter page of the hackathon and participants and judges alike came to take pictures with their team that did it for us, but we ended up winning Bloomberg’s prize for our very hacky, hackathon’s HackerBooth. 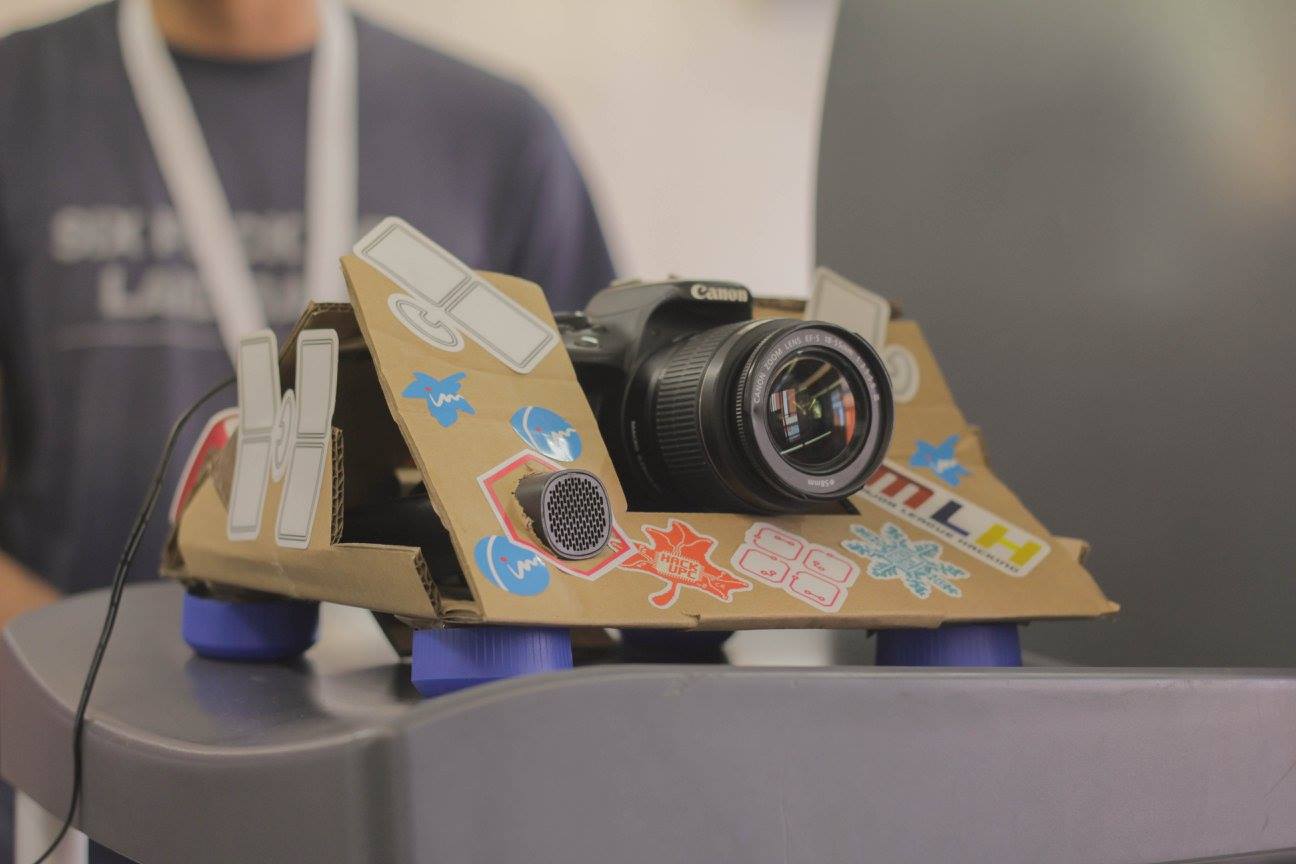 Computer Networks is a course unit that every second year loves talking about, for various reasons. I personally found this to be the most interesting unit I took this semester, trumping even the machine learning unit, which I would have sworn by at one point.

Whatever everyone else might say, I’d highly recommend taking it.

Since February 2017, I have also had the opportunity to work under Dr. Simon Harper and Julio Vega, a doctoral student here in the Interaction Analysis and Modelling Lab. Researching as an undergraduate offers a very valuable experience and exposes one to the many struggles and triumphs of academia, which does shape one’s perspective of delving into this field post their undergraduate degree.

My work was focussed on developing a plugin for an open source Android library called AWARE that lets an Android phone collect data from an IoT sensor over bluetooth and store this in a cloud database to be used for later analysis. After a lot of back and forth, I finally managed to finish the task around October. This was a great learning experience in terms of software skills, since I had never worked with Android or Java before in a project like this. It also afforded a perspective on things one often takes for granted about the users as a developer. Furthermore, it gave me a taste of the larger academic environment which was an interesting contrast to the industrial environment I had already grown accustomed to. Come next semester, I am already looking forward to undertaking more work, some of which might support future projects in the lab including my own project in the next academic year.

That more or less winds up my recap of the semester. Time to return to some revision now. Until next time!

I am from Mumbai, India and am studying Artificial Intelligence here. My interests include chess, data science, entrepreneurship and natural language processing. Amongst non-academic things, I love hiking and a good game of football. I am also a Manchester United supporter and they were one of the reasons I chose to come and study here.

I am from Mumbai, India and am studying Artificial Intelligence here.