Second year is really tough for everyone, including me, but it’s almost over now and I’m back with a fresh entry about my last Hackathon experience, that just happened to be StudentHack VI, one of the most famous hackathons around here, in Manchester.

I’ve been to more than 10 hackathons around the UK, but the ones organised by The University of Manchester every year (GreatUniHack and StudentHack) are definitely among the best ones. Maybe I feel this way because I was familiar with the people and the vibe, but it’s definitely worth trying for yourself. And it’s a great experience to go and code along with your peers in an informal and actually fun environment. Even if you do something worthy of a reward or not. And the best part: you get tons of free food and swag!

I managed to build a cool project that I’ve been kind of thinking about for a long time. I initially arrived a bit late and realised I did not have a team, whilst most of the people were already seated at their tables brain storming ideas. I looked around and managed to find a few other, shall we say, “lost” people, whom I didn’t know, of course. But we talked a bit and decided to work together after we agreed to the idea of computing emotions and music. Well, something like that. We researched some APIs, and after something like 12 hours, we had a working website that recommended a hard coded Spotify playlist, based on your facial expression (Microsoft Azure API).

The goal was to log into your Spotify account and the algorithm would recommend a playlist from your own preferances, again based on the mood on your face, but also some tags of the songs. (There came in our creativity and personal reflections of how music features should relate to sentiments, which I found pretty challenging and fun.) We were close, but still needed some debugging to make it work. The final demo would only recommend some hard coded playlists that we found representative for the various moods (happiness, anger, surprise, fear, etc). But after all, that’s what hacking is all about! Making it “kind of” work! (Here is the trial link, you will have to select the guest session: https://playmymood.glitch.me/ .) 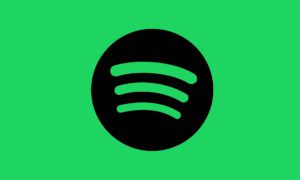 Although the project itself was not very difficult to build, I was quite satisfied with
1. the new awesome hackers I got to work with and
2. the awesome idea I got to work on.
And of course, improving my coding skills and enjoying myself. Not to mention that I even got to dance on “Despacito” somewhere in the middle of the night!

Further on, I would like to continue developing this project, maybe at some point this summer and who knows what will turn out of it. I am really interested in researching more in this music-sentiment association. I’ll let you know how that goes. Until then, good luck with exams and have a wonderful summer! And don’t forget to check the MLH website for some of the coolest hackathons! (https://mlh.io/)

I'm a first year student of Artificial Intelligence, trying to make the most of my life. I like problem solving and I dream about developing life-changing solutions for global issues. I come from Romania, but I love travelling and wandering around, while also having a particular interest in the Latin culture.

I'm a first year student of Artificial Intelligence, trying to make the most of my life.