In addition to those described on the Group Members tab, we have a number of other very valuable and fruitful collaborations. 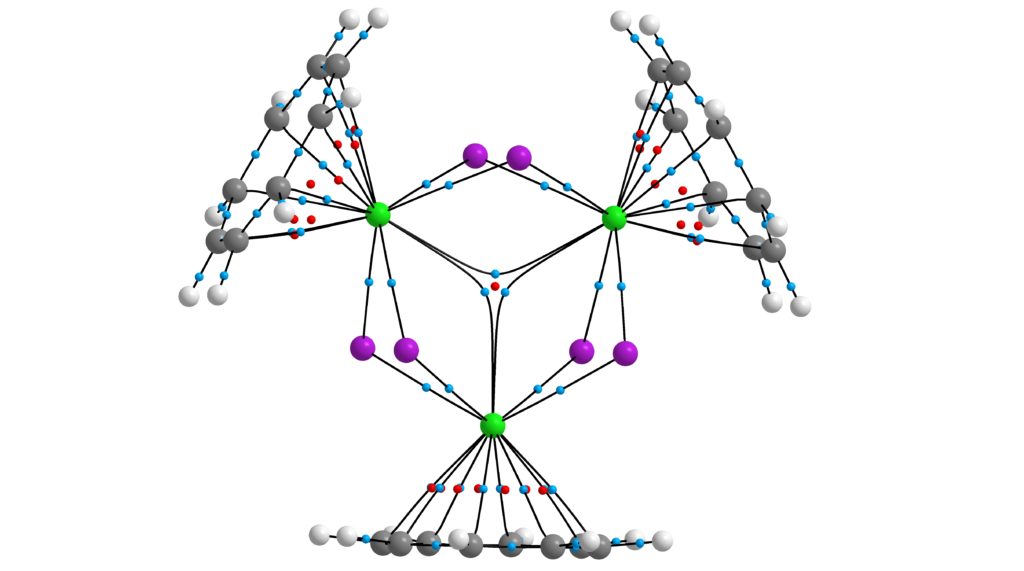 2. With Prof Polly Arnold at Berkeley, we study the organometallic chemistry of the 4f and 5f elements. For example, we have employed variable, high-pressure single-crystal X-ray crystallography, and density functional theory to characterise pressure induced uranium C-H agostic bonds (see image below), and have studied small molecule activation by uranium tris(aryloxides), and organometallic neptunium (III) complexes. 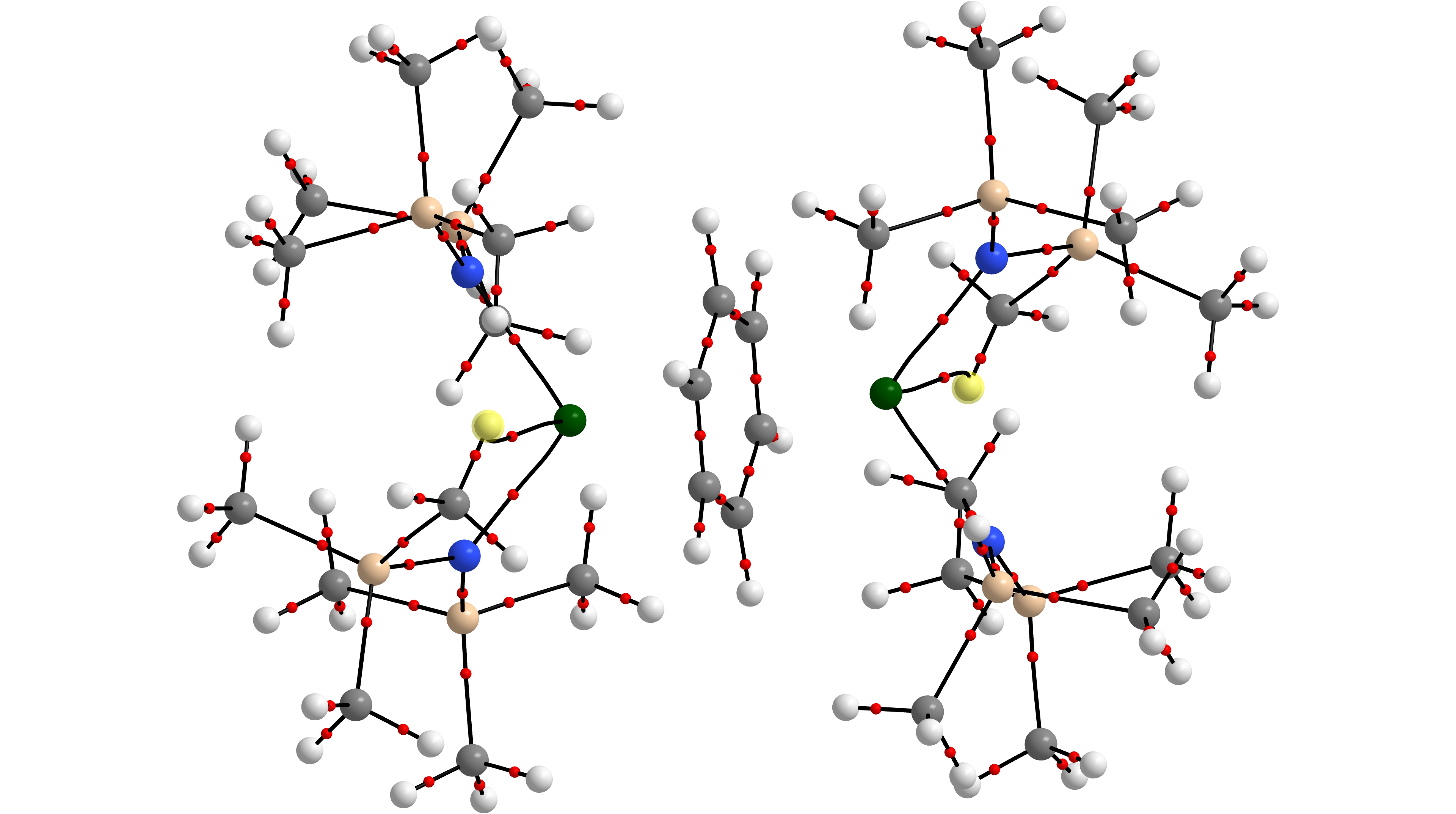 3. With Prof Tom Albrecht-Schmitt at Florida State University, we have studied f block chromates, and in particular the differences in the electronic structure between CsAm(CrO4)2 and its Sm and Eu analogues. 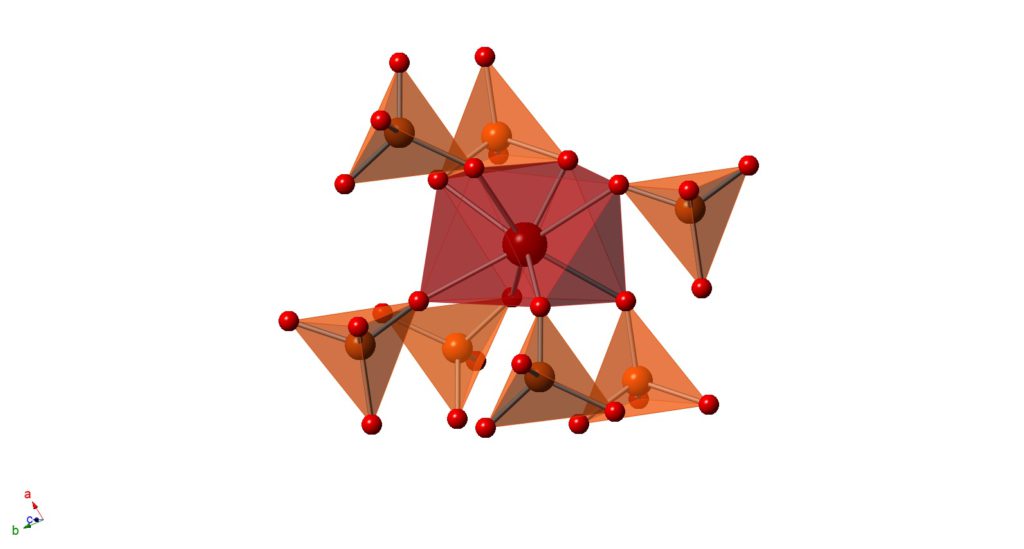 4. With Prof Trevor Hayton of the University of California at Santa Barbara, we have studied the organometallic chemistry of thorium and uranium. The An-E triple bonds (see below) in [K(18-crown-6)][ThE(NR2)3] (E = O, S; R = SiMe3) are found to be more ionic than their uranium analogues, with more 6d than 5f character. We have also studied chalcogenido-substituted analogues of the uranyl ion, [OUE]2+ (E = S, Se), Ce(IV) oxo chemistry, and a “masked” terminal zinc sulphide. 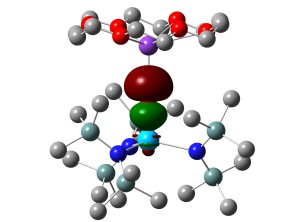 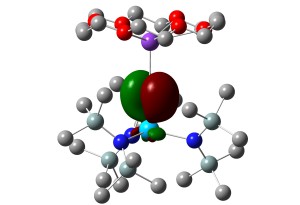 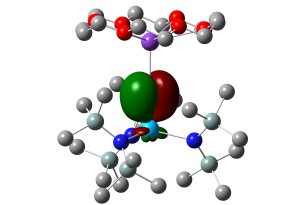 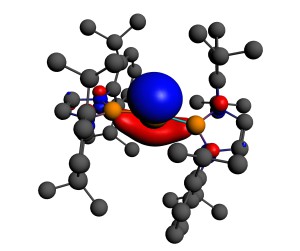 6. We have also worked with Dr Andrew Gaunt of the Los Alamos National Laboratory in the USA. Here, the focus has been on extending the organometallic and coordination chemistry of the actinides to the transuranic elements, especially plutonium, and we have probed the electronic structures of model An(IV) complexes with diselenophosphinate ligands, An(Se2PMe2)4 (An = Th-Pu; see below), using molecular orbital and QTAIM analyses. 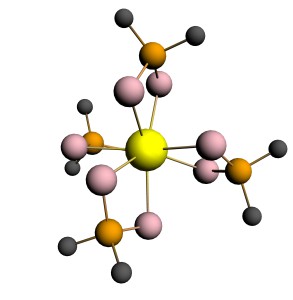