Part of the 2D-Health project based at the National Graphene Institute and the School of Chemistry.

Balakrishna obtained his B.Sc degree from the Osmania University, Hyderabad, India in 2006. He has 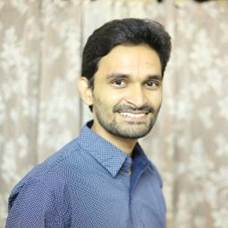 completed his M.Sc Physics from the Kakatiya University; Warangal, India in 2008, and gained his M.Tech degree from the Indian Institute of Technology Kharagpur, India in 2011. He obtained his Ph.D. degree in Physics from the Indian Institute of Technology, Bombay, India in 2016, where he worked on the “Cu2ZnSnS4 Nanoparticulate Thin Films and Their solar cell characteristics”. In 2016 he worked as a post-doctoral fellow in the Chemistry and Physics of Materials Unit, Jawaharlal Nehru Centre for Advanced Scientific Research (JNCASR), Bangalore, India, where he worked on the “Topological Insulators”. He is currently working as a post-doctoral research associate in Prof. Robert Dryfe’s electrochemistry group. He is part of the 2D-Health project based at the National Graphene Institute and the School of Chemistry funded by EPSRC. He works on graphene electrochemistry and functionalization for next-generation health-care technology.