I feel like there is so much I need to talk about. This December has been crazy in the best possible way. So much has happened – Christmas, a Java conference, going home for the holidays, a medieval dinner party and to my complete delight, snow! 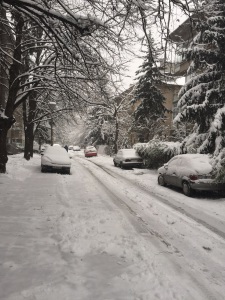 Time has flown by so quickly, it’s the beginning of 2015 and it feels like it was only yesterday when I was rushing to buy gifts for my family or racing to catch my plane back home to Bulgaria. I can tell you that there is nothing quite like seeing your home country for the first time for half a year. The exhilaration you feel when you see the city at night, half of it engulfed in the magical mists and the rest shining from the city lights, welcoming you home. To then rush out at 2am to find your parents waiting for you at the aiport and finally hugging them – that is more than any Christmas present you can get! 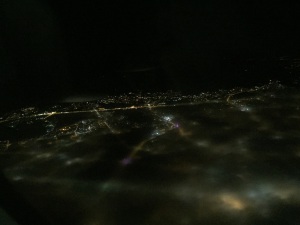 (The astonishing beauty of Sofia while landing)

So there I was back home, and thankfully these holidays were one of the few I can say I have enjoyed without the worry of upcoming exams. Since my family has moved a year ago to the capital, Sofia, I have never really lived there, so I decided to be a tourist and explore it a bit more with a help of a few friends of course, with one of them being a future architect so he knew quite a bit about the history of one of the oldest capital cities in Europe. I won’t bore you with all the historical details but I will just leave you with some pictures so that you can enjoy the beauty of the city. 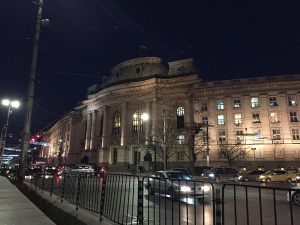 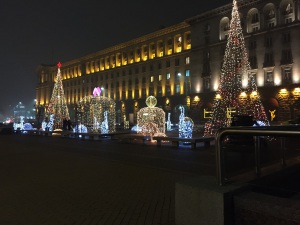 (Christmas in Sofia – directly above the remains of the old town)

Our family occasions normally involve a lot of food and I spent the entire Christmas Eve helping my family prepare a beautiful dinner. It was a lot of work but it was well worth it! And since it was Christmas there were presents of course. The next few days included a a lot of food, a trip to the mountains and more food, oh and some parties with my friends as well. Did I mention food? 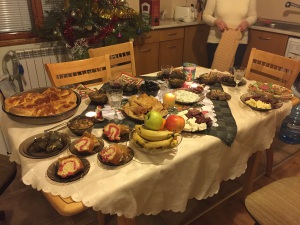 (Traditional Christmas Eve Dinner – that was a lot of food. The turkey the next day did not help 🙂 )

It has been such a magical time. I wish I could have stayed longer but I was due to fly back to England before New Year. I was really hoping to see one other thing before I left Bulgaria, but with the temperature approaching 20°C on the Christmas Eve it was beginning to look doubtful. Luckily, on the 27th it arrived – it finally snowed. A lot! And as I was being super excited jumping up and down, my sister simply remarked – “well yeah sure it’s beautiful now but you won’t have the hazardous journey to get to school in the snow-broth!” She is right, that I don’t miss as much.

So my time back in Bulgaria came to an end the next day as I took the plane super early in the morning and I was soon back home in London, (minus my gloves, which I lost rushing for a train!) waiting for the arrival of 2015!

Overall there are many things I can say about 2014 – it was an extraordinary year, I had so many new experiences in it and as for my New Year’s Resolutions – I don’t have any. I am just going to try and better what I was yesterday….and learn tennis a bit better – already signed up for a class 🙂 (Okay, so maybe I have two resolutions on reflection!)

So Happy New Year to you all and let the New Year bring you happiness and unforgettable moments! I will be back with another post next month.

P.S. I made my very first cupcakes and gingerbread cookies 🙂 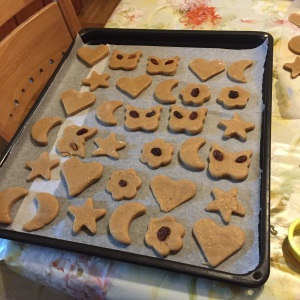 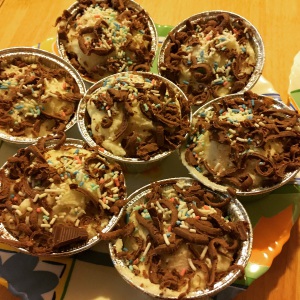 (Could have been better decorated but they were tasty!)