Semester One has almost come to its end. It is unbelievable how fast time flies. Pretty soon it will be exam time. But let’s not get too grim just yet. There is still some time left. 🙂

A lot has happened in the past month and a half. My particle system has grown from a single point that moves on the screen to three fountains, with multicoulored water, textured grass and a lovely blue sky. I know what you are thinking: “Well that escalated quickly!” . It really has 🙂 I have submitted it and now the only thing left is the marking session. To be honest I am going to miss working on that lab. It was a lot of fun. The cool effects you will get sometimes from random mistakes was simply priceless. And it was a great way to brush up on my C skills. I can assure you it’s not the same if you don’t see Segmentation fault every once in awhile. 🙂 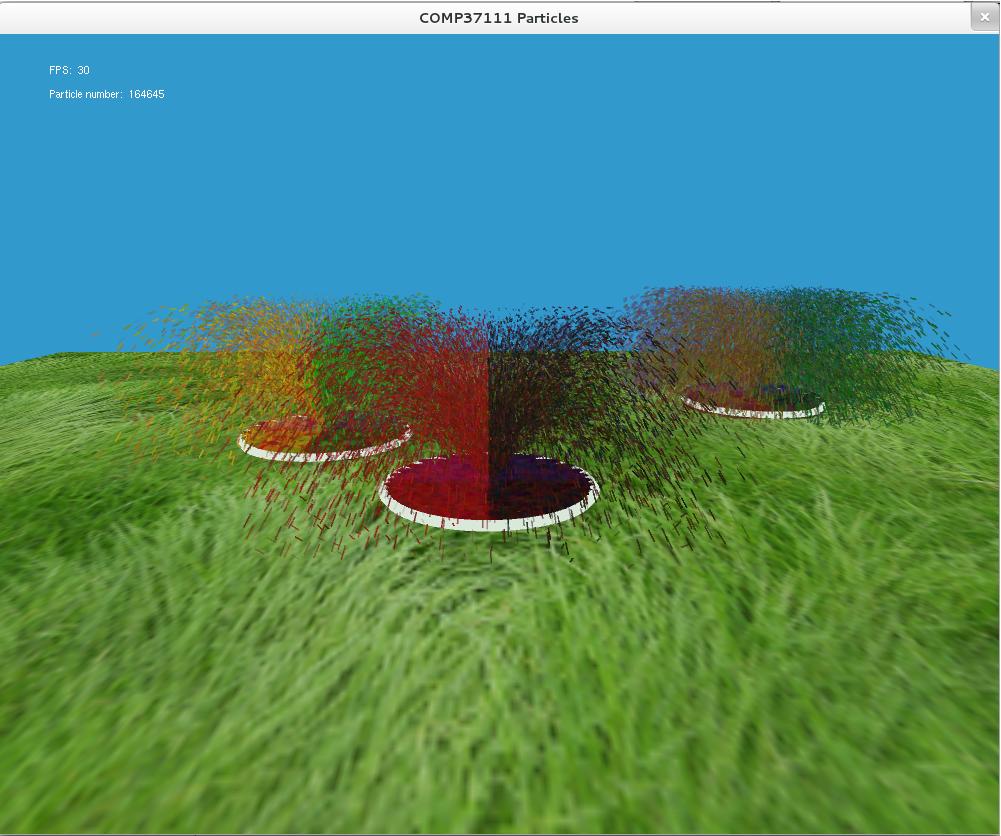 (My very own particle system – a simulation of a fountain 🙂 )

Another interesting thing that happened this month was a brief lecture on Alan Turing and his time in Manchester, given by his nephew. It was fascinating to hear more about the reasons why the famous code breaker from World War II decided to choose our lovely rainy city to continue his research. The natural link was Alan Turing’s vision of the universal computing machine – it turns out that he had been building it for quite some time, though it had been taking longer than expected. And, most importantly, there was a fundamental issue which his team could not solve efficiently – the problem of memory and storage.

As luck would have it, one of Alan Turing’s mentors, Max Newman, head of the Mathematics Department here in Manchester, was interested in building a computing machine, so he recruited a couple of bright young men to do it, in particular Thomas Kilburn, Frederic Williams and Geoff Tootill, who built the world’s first stored program computer. It not only solved the problem of memory, but was also completed much faster than the ongoing project of Alan Turing. So when Max Newman happen to mention that there was in fact a working computer here in Manchester that spiked Turing’s interest immediately. He was enthusiastic over the opportunity to be able to test out all his ideas about what a computing machine can do.

So it really was the Baby that drew Alan Turing to this fine city, where he worked on some remarkable research. I was surprised to discover that some of the things he had been working on here in Manchester were not directly related to computing. When you hear Alan Turing, you would not think of life science of biology, however, this is exactly what he was working on. He, alongside some fellow PhD students were working on devising an algorithm which could predict where leaves and branches would grow on a tree. I found this completely fascinating and an excellent example of how mathematics can be used to solve biological problems.

But enough with the boring history talk, it is nearly Christmas and you must all be exhausted from uni work so a history lesson is probably not what you need. 🙂 So on a completely different note, I am very happy that I have had the chance to explore more of Manchester. A really cool place which I went to recently is called Ziferblat where everything is free, except the time you spend in there. It is quite a unique idea and the place is truly fantastic inside. You can easily spend hours there since it feels like you are sitting in someone’s living room, with a couple of other people, of course. There are even free martial arts sessions for the more adventurous, as well a range of board games (sadly not Kalaha – that would have been useful for AI and Games 🙂 ). Oh, and their homemade cakes are spectacular! I would definitely say it’s worth a visit. 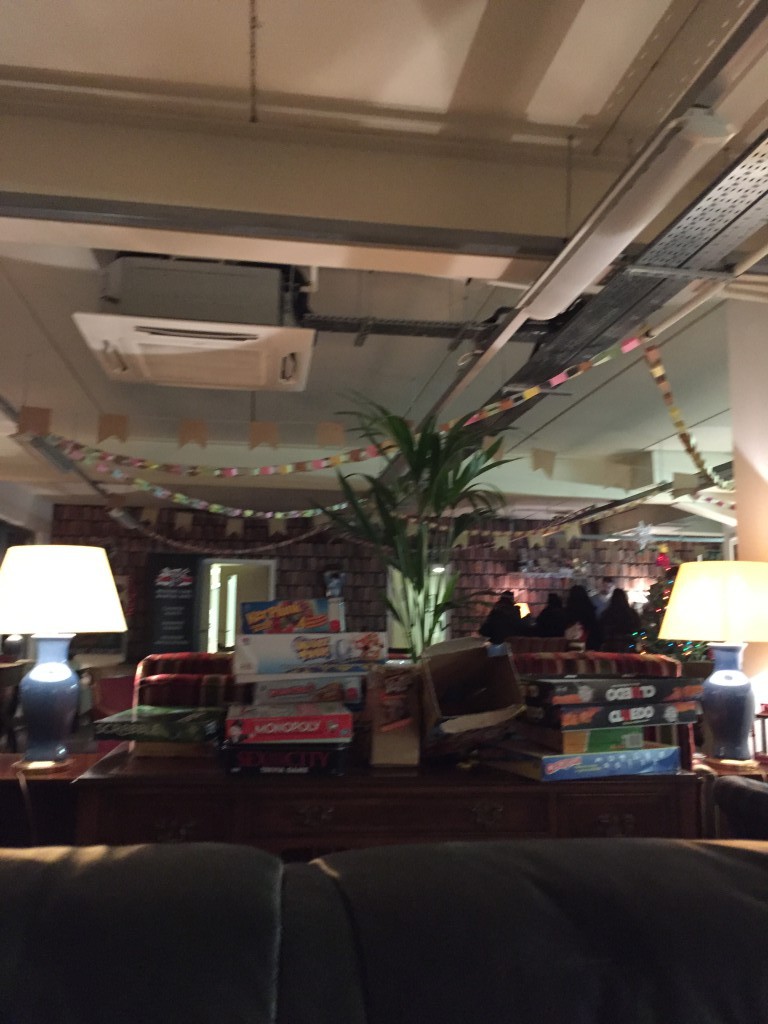 Along with exploring some new bits and pieces of Manchester I also managed to do my Christmas shopping. I have wrapped all the presents and now I have a suitcase full of chocolate to take with me back to Bulgaria, along with all the lecture notes for revision of course 🙂 So it is safe to say that I am well prepared both for Christmas and revision. As Alan Turing famously said:

“We can only see a short distance ahead, but we can see plenty there that needs to be done!”

I wish you all wonderful holidays! Make sure you have a break from uni 🙂