Some people have been curious as to why The University of Manchester didn’t patent graphene. Clive Rowland, CEO of UMI3, explains.

The University of Manchester neither discovered nor invented graphene; rather it was the place where this extraordinary material was first isolated from graphite and correctly identified as graphene late in 2003. Graphene had been known about for decades before the Manchester achievement, though many did not think it could be stable.

That initial isolation approach (using Scotch® tape) in late 2003 is the rudimentary basis of one way of making graphene, known as mechanical exfoliation.

Mechanical exfoliation as a ‘production’ method was not novel as a concept. Teams elsewhere had used this gradual removal technique as a way of obtaining thin films before Manchester. For example, in 1990, Heinrich Kurz (Aachen University) reported peeling optically thin layers with transparent tape so that his group could study the dynamics of graphite material.

So a ‘fundamental broad patent’ wasn’t on the cards because, to acquire a patent, among other things, you have to show novelty. In fact graphene patenting started in 1969 when the use of monolayer graphene was patented. Other graphene patents were filed between then and 2004. 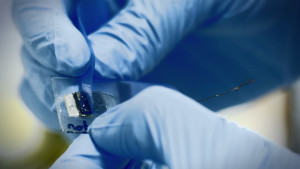 What was exceptional and breakthrough at Manchester (‘Graphene Rediscovered in its New Incarnation’ as André Geim has said) was realising what had been isolated and the size of graphene obtained which allowed Geim and Novoselov to experiment, tune, measure and report the electronic properties of graphene. That was what ultimately captured the attention of researchers worldwide – the Nobel Prize being awarded to Geim and Novoselov for their amazing ground breaking experiments with graphene opening up an entirely new field of study and which has led to a new class of important (two-dimensional) materials.

At that time, we had hoped that we could patent our high-frequency electronic graphene devices, which had been created during the experimental work, as the basis of an important graphene patent family. Patent attorneys agreed and drafted a patent specification based on an early draft paper. We filed it as a priority patent before any publications. This exemplified patent application was subsequently examined. Unfortunately possibilities for getting such a patent granted were ‘dead in the water’, even without challenges. US patents filed before completely anticipated our patent specification (none of those have been truly commercialised yet).

In parallel, André Geim had consulted a major chip manufacturer and, given his concern for good use of taxpayers’ money, the resultant outcome was that he did not support continuing with the patent filing. This was a ‘good call’ as there still seems no prospect of graphene-based electronics for 10 years or more – maybe never as other ‘sister’ two-dimensional materials appear to be better prospects for this purpose.

Negative feedback (twice) from a leading journal – “no sufficient scientific advance” – (though later published in ‘Science’) and zero commercial uptake of our general promotional activities and our confidential graphene proposals at that time didn’t do anything for its case either.

Even if there had been a ‘broad’ patenting opportunity, in the absence of industry or investor interest, universities’ practice is to file in very limited territories, often just in the home country. Frequently they are made open source for a nominal fee or free.

Located in Silicon Valley, Stanford University’s ‘biggest’ inventions – Google and DNA Cloning – were filed as patents in the US only.

Now there are many ways to make graphene – completely different from mechanical means. All need more time to ‘market-validate’ their mass production capabilities and evidence the chances for a return on investment. 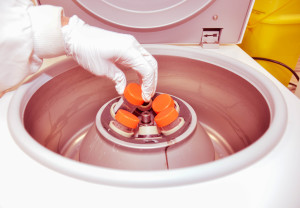 Very early patents taken out on all of these approaches are likely to have modest and declining value because methods are evolving all of the time and some processes will be suitable for some applications but not others ……and the patent protection clock is forever winding down.

Whilst we were continuously looking for patenting opportunities since the isolation, it wasn’t until 2009 that invention disclosures here (and elsewhere) took off. This is when reduced graphene oxide – an exciting opportunity for synthesising graphene on a bulk scale – was ‘rediscovered’ (by others) – it had originally been isolated and identified as monolayers in 1962.

Since 2010 we have filed for 42 patent families for those inventions that we believe do have broad uses and commercial potential and where we are as certain as we can be at this stage that they will be robust ones. Whilst we will never be a patent factory, we have recently established ‘Graphene Enabled’ as business accelerator to help us achieve our mission of translating the research outcomes, and their associated patents that have been ‘produced’ here, into real life applications.

So we couldn’t have cornered the graphene market in 2004. There wasn’t a defensible or even credible process patent position; nor patent scope for field-effect transistor applications; it wouldn’t have been filed internationally; keeping experimental results secret for years isn’t an option for bodies with charity status like universities nor is that appropriate; many other routes to making graphene are possible; many uses need different types of graphene to the one atom thick variety; and we didn’t want to speculate with taxpayers’ money by trying to buy up the world’s graphite mines either. We continue to be determined to make something of what we consider is both feasible and prudent to patent.

More on this subject can be found in André Geim’s ‘Prehistory of Graphene’ (Physica Scripta, 2012, Volume T146).