An international research team led by The University of Manchester has revealed a nanomaterial that mirrors the “magic angle” effect originally found in a complex man-made structure known as twisted bilayer graphene – a key area of study in physics in recent years.

The new research shows that the special topology of rhombohedral graphite effectively provides an inbuilt “twist” and therefore offers an alternative medium to study potentially game-changing effects such as superconductivity. “It is an interesting alternative to highly popular studies of magic-angle graphene,” said graphene pioneer Professor Andre Geim, a co-author of the study. 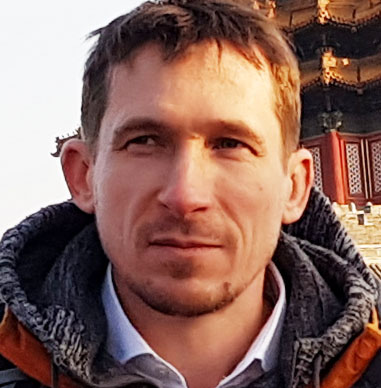 The team – led by Artem Mishchenko, Professor of Condensed Matter Physics in Manchester’s Department of Physics and Astronomy – published its findings in the journal Nature on 12 August 2020.

In condensed matter physics, strongly correlated materials are those in which electron-electron interactions are important. Professor Mishchenko and his colleagues have now observed the emergence of strong electron-electron interactions in a weakly stable rhombohedral form of graphite – the form in which graphene layers stack slightly differently compared to stable hexagonal form. The rhombohedral form is much less studied.

Such interactions were also recently reported in another pure carbon material – magic-angle twisted bilayer graphene. This material was engineered by placing two graphene sheets on top of each other with a small misalignment angle so that they formed a moiré pattern. At a twist angle of 1.1°, the structure became a superconductor – that is, a material in which the electrons interact and pair up at very low temperatures, condensing to form a state that conducts electrical current without any resistance.

In magic-angle twisted bilayer graphene, the electron correlations were attributed to the presence of the lateral moiré superlattice, which modified the electronic bands in the energy spectrum of graphene so that they became “flat”– that is, electron energy becomes independent of momentum. In this case, the kinetic energy of electrons is strongly suppressed and electron-electron interactions dominate.

Interactions in twisted bilayer graphene are exceptionally sensitive to the twist angle. Tiny deviations of about 0.1 degree from the exact magic angle strongly supress interactions. It is extremely difficult to make devices with the required accuracy and, especially, find sufficiently uniform ones to study the exciting physics involved. Rhombohedral graphite comes to the rescue.

Graphite, a carbon material made up of stacked graphene layers, has two stable forms: hexagonal and rhombohedral. The former is more stable, and has thus been extensively studied, while the latter is less so.

To better understand the new result, it is important to remember that the graphene layers are stacked in different ways in these two forms of graphite. Hexagonal graphite (the form of carbon found in pencil lead) is composed of graphene layers orderly stacked on top of each other. The metastable rhombohedral form has a slightly different stacking order, and this slight difference leads to a drastic change in its electronic spectrum.

In fact, the two surfaces, top and bottom, of rhombohedral graphite host special, “topologically protected” states that have a nearly dispersionless flat spectrum (just like in magic-angle graphene), which allows electron-electron correlations to be at play. These surface states thus conduct electricity very well, unlike the interior (bulk) of the material, which remains insulating. “This means that we can study the properties of the topological surfaces without them being influenced by the bulk states,” explained Professor Mishchenko.

Previous theoretical studies have pointed to the existence of all kinds of many-body physics in the surface states of rhombohedral graphite – including high-temperature magnetic ordering and superconductivity. These predictions could not be verified, however, since electron transport measurements on the material were completely lacking until now.

The Manchester team has been studying hexagonal graphite films for several years and have developed advanced technologies to produce high-quality samples. One of their techniques involves encapsulating the films with an atomically-flat insulator, hexagonal boron nitride (hBN), which serves to preserve the high electronic quality in the resulting hBN/hexagonal graphite/hBN heterostructures. In their new experiments on rhombohedral graphite, the researchers modified their technology to preserve the fragile stacking order of this less stable form of graphite.

“Our trick was to encapsulate hBN along a particular crystallographic direction of rhombohedral graphite,” explains one of the lead authors, Yaping Yang. “We found that if we didn’t do this – and performed encapsulation along some random directions – the feeble stacking order had little chance to survive.”

The researchers imaged their samples, which contained up to 50 layers of graphene, using Raman spectroscopy to confirm that the stacking order in the material remained intact and that it was of high quality. They then measured electronic transport properties of their samples in the traditional way – by recording the resistance of the material as they changed the temperature and the strength of a magnetic field applied to it.

The team found that bulk electronic states in rhombohedral graphite are gapped and that at low temperature, electron transport occurs along the material’s surface states. Their topological nature suppressed electron scattering and allowed the observation of the quantum Hall effect (see illustration, top). This is a topological phenomenon in 2D systems in which the transverse (Hall) conductance is fundamentally quantized in units of e2/h (e being electric charge and h the Planck constant). The material in fact switches between two phases: a gapless semi-metallic phase and a gapped quantum spin Hall phase, according to the research.

The energy gap can also be opened in the surface states of rhombohedral graphite by applying an electric field. “Incidentally,” explains Professor Mishchenko, “this surface-state gap opening, which was predicted theoretically, is also an independent confirmation of the rhombohedral nature of the samples, since such a phenomenon is forbidden in hexagonal graphite.”

In rhombohedral graphite thinner than 4nm, a band gap is present even without applying an external electric field. The researchers say they are as yet unsure of the exact nature of this spontaneous gap opening (which occurs at the “charge neutrality”– the point at which densities of electrons and holes are balanced), but they are busy working on answering this question.

“From our experiments in the quantum Hall regime, we see that the gap is of a quantum spin Hall nature, but we do not know whether the spontaneous gap opening at the charge neutrality is of the same origin,” adds Professor Mishchenko. “In our case, this gap opening was accompanied by hysteretic behaviour of the material’s resistance as a function of applied electric or magnetic fields. This hysteresis (in which the resistance change lags behind the applied fields) implies that different electronic gapped phases separate into domains – and these are typical of strongly correlated materials.”

Find out more about our innovative work in the field of 2D materials at the Graphene@Manchester website.