In this historical feature we explore Brian Hartley (1939-1994) and his influential work.

Brian Hartley is known for his outstanding work in many different areas of group theory.

He made important contributions to the theory of locally finite groups, group-rings, soluble groups, simple groups, permutation groups, linear groups and representation of groups. Hartley spent periods at Cambridge and in the USA before being appointed as a Lecturer at the newly established University of Warwick in 1966, where he was promoted to a Readership in 1973. He moved to a chair at the University of Manchester in 1977 and served as head of the Mathematics Department between 1982 and 1984. At the time of the Cold War Hartley put considerable effort into building links to mathematicians in the Soviet Union and Eastern Europe. He even learned Russian to follow Soviet Mathematics better. In Manchester, he was the driving force behind the algebra seminar run jointly with the UMIST Mathematics Department which was significant in bringing together the two departments. He collaborated widely and published over a hundred papers. 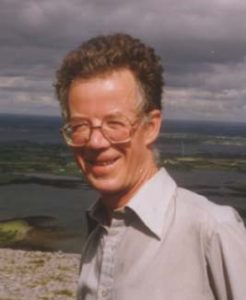