In this historical feature we explore Sydney Goldstein (1903-1989) and his influential work.

After his studies at Leeds and Cambridge, Goldstein became a Fellow of St John’s College, Cambridge, in 1929. In the same year he was appointed Lecturer in Mathematics at Manchester, where the strong influence of Reynolds and Lamb’s work in fluid dynamics had a profound impact on him. He moved to Cambridge in 1931 and was elected Fellow of the Royal Society in 1937. On Lamb’s death Goldstein took over the editorship of Modern Developments in Fluid Dynamics, which appeared in 1938. During the war years he worked on boundary layer theory at the National Physical Laboratory. He returned to Manchester in 1945 when the University made two inspiring appointments to the Department of Mathematics: Max Newman to the chair of Pure Mathematics and Goldstein to the chair of Applied Mathematics. He held the Beyer Chair of Applied Mathematics from 1945 to 1950. 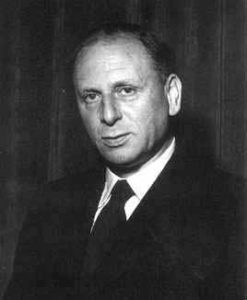