In this historical feature we explore James Lighthill (1924-1998) and his influential work.

James Lighthill was known for his pioneering work in the fields of hydrodynamics, wave mechanics, aerodynamics, biomechanics, and for creating the field of aeroacoustics. His studies on supersonic flows proved vital in the development of the Concorde supersonic airliner.

In 1946, Lighthill was appointed as a Senior Lecturer at the University of Manchester, where he set up a very strong fluid dynamics group. In 1950 he was promoted to the Beyer Chair of Applied Mathematics, a position which he held until 1959. On leaving Manchester, Lighthill became Director of the Royal Aircraft Establishment Farnborough for five years, and in 1969 took up the Lucasian Chair of Mathematics at Cambridge, where he was succeeded by Stephen Hawking.

He held the position of Provost of University College London for ten years from 1979. Lighthill was elected a Fellow of the Royal Society in 1953, and was awarded the Society’s Royal Medal in 1964 and the Copley Medal in 1998. He received many other honours and accolades including over twenty honorary doctorates, the Gold Medal of the Royal Aeronautical Society, the Naylor Prize of the London Mathematical Society, and election to Fellow of the French Academy of Sciences and the US National Academy of Science. Lighthill was knighted in 1971. 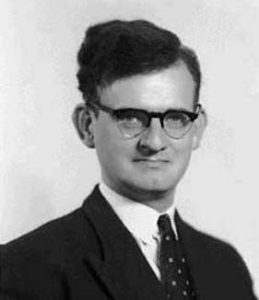