In this historical feature we explore Max Newman (1897-1984) and his influential work.

Max Newman was the first person in Britain to contribute to modern topology. He made a significant contribution to the British success in deciphering German messages and he was a particularly effective academic manager.

MHA Newman’s early work was in Cambridge where he undertook fundamental and influential work in combinatorial topology. In 1942 he moved to the Government Code and Cypher School at Bletchley Park leading a unit called the ‘Newmanry’, where work was done in developing machines to decipher the German ‘Fish’ signals.

Moving to Manchester in 1945, Newman succeeded Mordell as Fielden Professor and during the next 19 years he demonstrated remarkable abilities in enhancing the Department of Mathematics leading his staff to give of their best. He attached great importance to the quality of undergraduate teaching. When the British Mathematical Colloquium was founded in 1949 it was Newman who ensured that its first meeting was in Manchester. 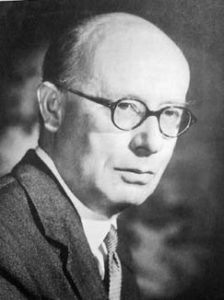