In this historical feature we explore Maurice Priestley (1933-2013) and his influential work.

Professor Maurice Priestley, was a highly regarded figure in the field of time series analysis. He made outstanding contributions to the spectral analysis of non-stationary time series and density estimation. His book “Spectral Analysis and Time Series” (1982) has become a standard reference on the subject. He was the founding Editor in Chief of the “Journal of Time Series Analysis” and remained in this role until the end of 2012. He passed away on 15th June 2013.

Maurice Priestley was born in Manchester on 15th March 1933. He attended the Manchester Grammar School, then went to Jesus College, Cambridge, to study mathematics. After completing his undergraduate degree, he stayed on at the Statistical Laboratory, Cambridge, and took its Diploma in Mathematical Statistics in 1955. This happened at a time of a golden age for the Statistical Laboratory and Maurice Priestley was particularly influenced by Dennis Lindley and Henry Daniels.

In the following two years, as Scientific Officer at the Royal Aircraft Establishment he started working on spectral analysis and gained practical experience with it. Maurice Priestley collaborated with Gwilym Jenkins and published a joint paper with him in JRSS B in 1957. They were about the same age and both went on to make their names in time series and spectral analysis.

Maurice returned to Manchester to study for a Ph.D. under the guidance of Maurice Bartlett. He was also appointed assistant lecturer at the University of Manchester. In the early 1960’s Priestley held visiting professorships at Princeton and Stanford Universities in the USA. In 1970 Maurice Priestley became full professor at the Department of Mathematics at the University of Manchester Institute of Science and Technology (UMIST), a post he held until his retirement. He had several spells, totalling more than twelve years, as Head of the Department of Mathematics at UMIST. He played a very active role in the UMIST administration and served with distinction on many committees. He was also a Honorary Professor at the University of Sheffield and the driving force in the establishment of the joint Manchester-Sheffield School of Probability and Statistics. After his retirement Maurice was appointed Emeritus Professor at UMIST and, after the merger between UMIST and VUM, University of Manchester. 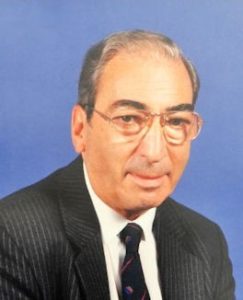 From the early 1970’s the UMIST Department of Mathematics established itself as a focal point for research in time series, especially non-stationary, non-linear and non-Gaussian time series. Young members of staff, including H. Tong and T. Subba Rao, quickly established themselves. The Department attracted a stream of internationally renowned visitors, including H. Akaike, T. W. Anderson, E. J. Hannan, E. A. Parzen, M. Rosenblatt, T. Ozaki and G. Wahba. The Manchester-Nottingham Time Series group, founded by Maurice Priestley and Clive Granger, held regular meetings to discuss and stimulate new developments in these areas. Without doubt the Manchester School under the leadership of Maurice Priestley played a significant role in the rapid developments in nonlinear and non-stationary processes in the 1970’s.

Maurice published a number of very influential papers: on spectral estimation (Technometrics, 1962), the role and choice of bandwidth in the estimation of spectral density function (Applied Statistics, 1965), the analysis of stationary processes with mixed spectra (JRSS B, 1962; two papers), the seminal paper on evolutionary spectra and non-stationary processes (JRSS B, 1965), a read paper to the Royal Statistical Society, with discussion, statistical tests for non-stationarity (Priestley and Subba Rao, JRSS B, 1969).

The ideas introduced by Maurice Priestley have had and continue to have impact on developments not only in time series analysis but other subjects, such as kernel density estimation and non-parametric regression. Priestley’s name can be found in terminology, as well – Priestley’s evolutionary spectrum and the Bartlett-Priestley window for non-parametric spectral density estimation.

In honour of Maurice Priestley, Room G.108 in Alan Turing Building is named after him.