The science behind Christmas

There’re just days to go until Christmas and we bet you’ve already mentally checked out even if you’re still keeping up the pretence of focusing on anything that’s not Yuletide-related.

Not us though. Here at the Faculty of Science and Engineering, we wanted to look at the science behind some of our greatest Christmas traditions and beliefs. And as is usually the case, we found that rather than remove the magic, science only adds to the wonder of the season.

First up, in these days of smartphone calendars and automated reminders, is there a way to make it easier for Santa to work out what presents he needs? Riza Batista-Navarro, a lecturer in text mining at the School of Computer Science, believes there is.

One of Santa’s key jobs is to find out what each child wants for Christmas so he can ensure there’s enough being produced by the elves’ workshop. Once the letters start arriving in early December, those elves may have to rush to build all the toys in time.

And it’s not like they’re just expected to manufacture skipping ropes and kites. Santa’s Little Helpers will be asked to knock up games consoles, tablets and smartphones in the millions. That type of electronic engineering takes time.

Dr Batista-Navarro suggests text mining as a way for Santa to collect the information his elves need from the letters sent to him efficiently. To start, every letter would need to be scanned to create an image. Optical Character Recognition software would then be run to create machine-readable text.

Obviously, most kids don’t type out their letter to Santa, so any handwritten notes would need to be translated into machine-readable text. Of course, those Elves with their keen attention to detail would be called upon to proofread the finished text and make sure there were no ‘Ploystations’ or ‘My Little Peonies’ in the pack. 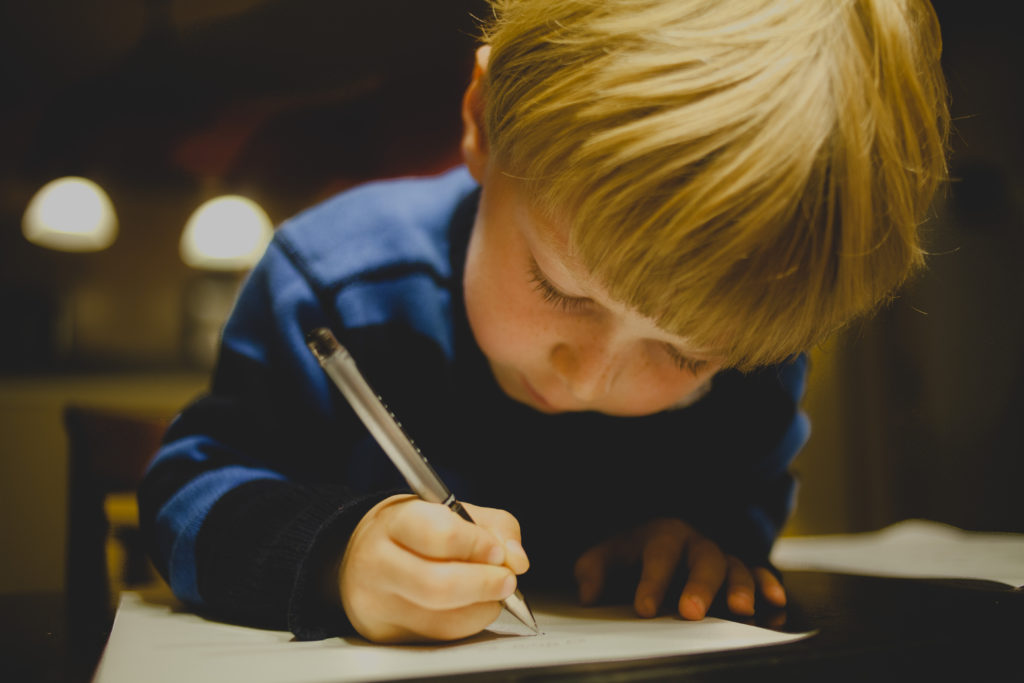 Once the letters have been translated into machine-readable text, Name Entity Recognition software can be employed to spot toy brands and product names. From this, it’s possible to compute how many of a particular toy has been requested to ensure Santa can deliver.

From there, an optimisation algorithm can be employed to ensure there is a fair distribution of gifts. However, Dr Batista-Navarro points out: “This is assuming that every kid will have his or her wish granted, but I think it is still up to Santa to decide whether that is the case. So essentially he will still have to read all of those letters to determine whether a kid deserves a present or not for Christmas.”

So it doesn’t seem like it’ll be possible for Santa to automate his processes fully – but text mining could be the key to making his preparations for Christmas Eve a little easier. To be honest, he needs all the help he can get before embarking on a trip that will take him round the world in approximately 30 hours, flying high above the mountains at speeds of 600 miles per second.

Oh, what fun it is to ride on a supersonic sleigh

So now Santa has the toys he needs loaded on his sleigh, he just has the small task of delivering them all unnoticed before anyone wakes up. Simple!

But wait! For a journey like that, Santa’s sleigh will need some serious fuel – and that fuel takes the form of the carrots Rudolf and his eight reindeer chums need to eat to give them the energy to fly around the world.

We set Dr Nicholas Bojdo and Dr Ben Parslew, both lecturers in aerospace engineering at the School of Mechanical, Aerospace and Civil Engineering, the task of working out how many carrots are needed. Strap yourself in, because there are a fair few equations where we’re headed.

When thinking about aerodynamics, two of your main considerations are lift and drag. Lift is what gets you off the ground in the first place, while drag is the resistance you have to fight against to stay in motion once you take off.

Now, in the case of Santa, Dr Bojdo and Dr Parslew agree that lift is a given because the sleigh is magic (and you can’t argue with magic). But once the sleigh is in the air, it will still encounter drag.

To work out the drag, Dr Bojdo uses a calculation that takes into account the frontal area of a reindeer and the typical speed the sleigh is travelling (an eye-watering 600 miles per second if Santa’s going to get to every home in time). The resulting drag is 56 billion newtons – compared to the 50 newtons experienced when pedalling a bike to work.

We’re not even going to think about the seemingly impossible task of farming billions and billions of root vegetables in a country that’s literally just a sheet of floating ice and then feeding them all to nine reindeer over a few days. Let’s just say, we have the carrots because… magic. But is there a way to reduce the number of vegetables the reindeers need to consume? 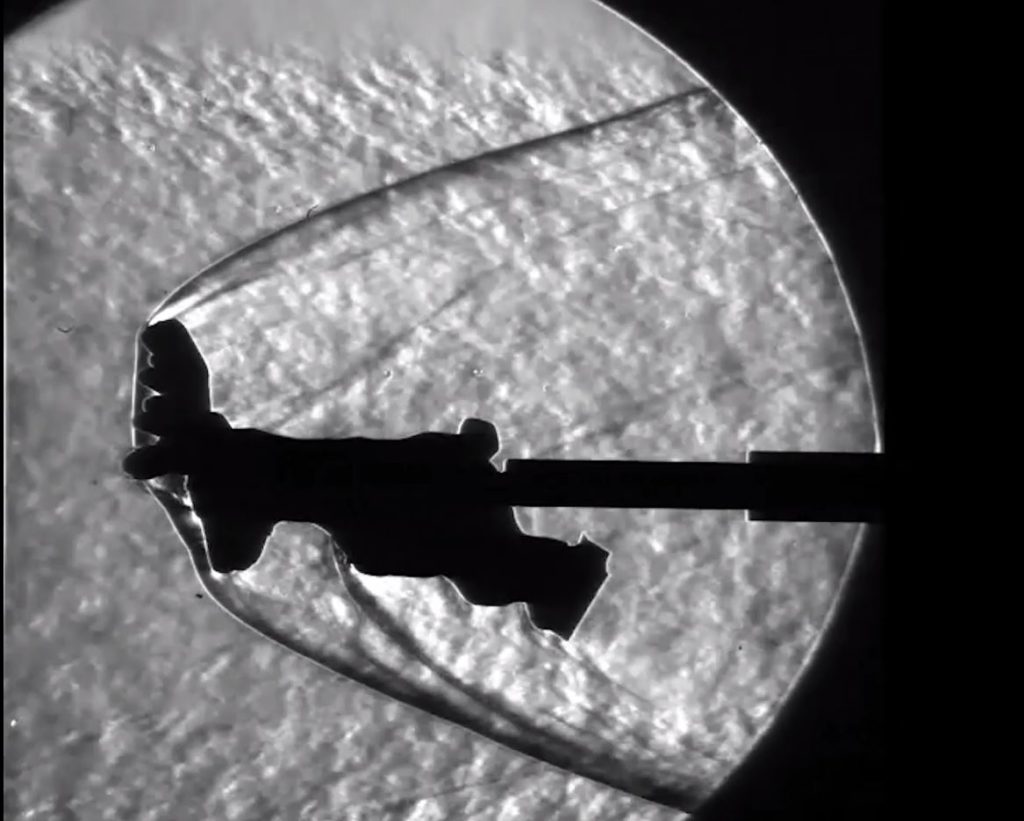 Dr Parslew explains that one way is for the reindeer to alter their flying position, so that instead of galloping across the air, they adopt a Superman-style pose; tucking their legs beneath them and keeping their head down. As the photo above shows (and the video explains), this would reduce the amount of drag they need to cope with by half.

However, that still leaves a meal of 3.25 billion billion carrots. Maybe the problem lies with the reindeers’ chosen meal. Afterall, carrots aren’t the most calorific ingredient, as any dieter will tell you. So what if instead of eating carrots, the reindeer feasted on mince pies?

Mince pies have six times the calorific content of carrots, which means the number the reindeer would need to eat would be far less – equivalent to 1 billion billion mince pies. And that’s where you can help – instead of leaving out a mince pie for Santa and a carrot for Rudolf, reverse the snacks. That way the reindeer will get the energy they need, and Santa will gain a more streamlined figure that helps minimise drag. 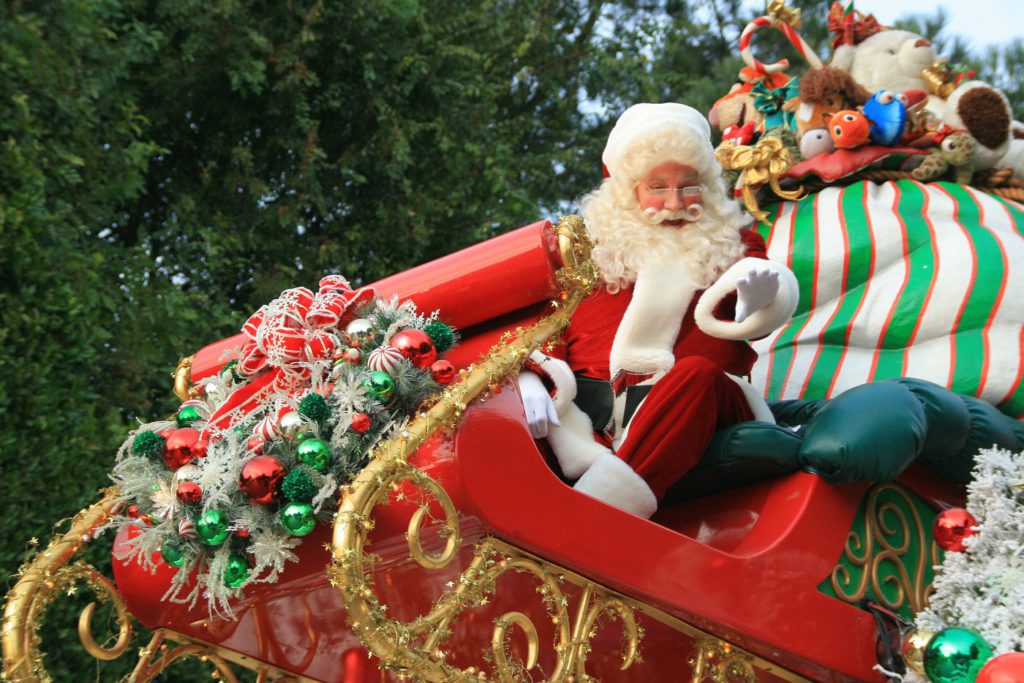 So there you have it – a scientific answer to two of the biggest questions you didn’t know needed asking. And it doesn’t end there; we’ve even considered how Santa’s suit should be designed to cope with the extreme temperature changes he’ll encounter on the night.

In this video, Professor Henry Yi Li from the School of Materials explains everything that must be considered to put together the famous red suit – and the result is incredibly high tech. Think less “jolly old elf” and more Batman. And what would a key component of this super suit be? That’s right, you guessed it – graphene comes to the rescue again.

So now you’ve gained the latest scientific insights into the festive season, all that remains is for us to wish you a very Merry Christmas.