Who’s the daddy? Mystery of the mummy brothers unravelled

Who can resist an episode of The Jeremy Kyle Show when it’s a DNA results special? Well, here at The University of Manchester, we’ve just wrapped up our own DNA mystery – and the result was just as shocking.

As is a popular theme on the ITV chat show, the question we wanted to answer was ‘who’s the daddy’ – or, more to the point, ‘who’re the daddies’? But before we give you the results, we need to travel back more than a century, to 1907.

Europe’s obsession with Ancient Egypt was at its height and Egyptologist Flinders Petrie was investigating the Ancient Egyptian burial ground Deir Rifeh. Several millennia earlier, within the rocky hills, the Egyptian people had carved out tombs where local governors could be laid to rest with honour. As was custom, lower officials who assisted the governors would also be buried within their tombs.

Within this cemetery was one tomb that had been undisturbed since its occupants’ burial, some 4,000 years ago. One of the graves it housed belonged to two men who gained the nickname The Two Brothers’ thanks to the proximity of their coffins and the hieroglyphics they were inscribed with – but were they? 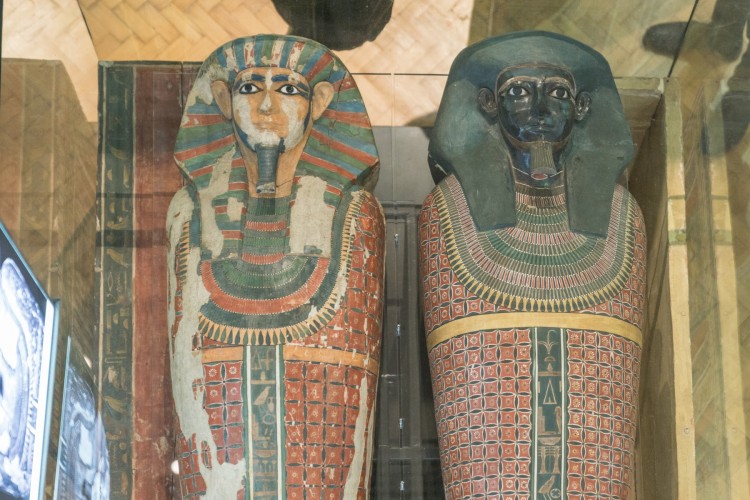 The Two Brothers, Nakht-Ankh and Khnum-Nakht, were brought to Manchester Museum, where they were studied by Margaret Murray – the UK’s first female archaeology lecturer. But upon unwrapping the two mummies, she and her team were in for a surprise.

Although both bodies had decayed to the point of skeletal remains, it was obvious they looked very different – both in terms of size and complexion – and certainly not as though they were related.

The visual difference between the two men was striking and came as a shock given that both coffins were inscribed with the same female name, who was described as the ‘lady of the house’. The team therefore concluded that the smaller and younger of the two men – Khnum-Nakht, who was also the first to die – was adopted. 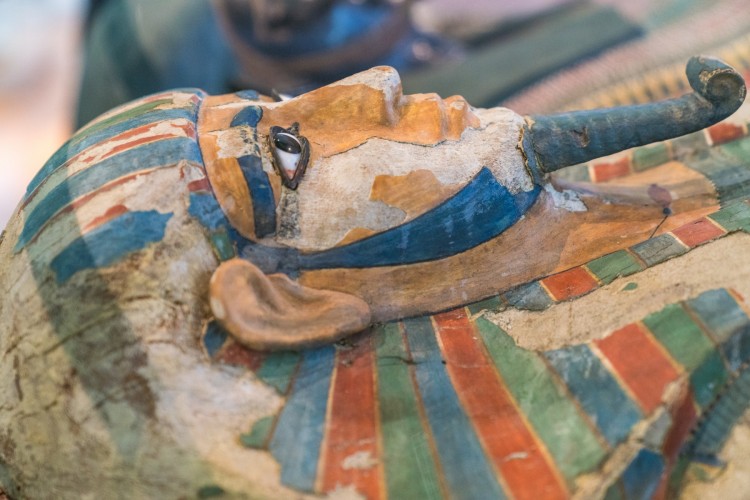 It seemed the mystery would never be solved – but as every Jeremy Kyle fan knows, there’s only one thing to do when there’s a row about who’s the daddy. It was time to call in the DNA experts.

Dr Konstantina Drosou, from our School of Earth and Environmental Sciences and a research associate at the Manchester Institute of Biotechnology, was part of a team that extracted a tooth from each mummy. Their aim was to study the mitochondrial DNA and Y chromosomes to determine whether the two men shared a mother, father or both.

The team’s plans were almost scuppered when two of the teeth pulled from Khnum-Nakht failed to result in a viable sample. His body appeared to have been mummified in haste, perhaps because he died suddenly, which meant he was not as well preserved as his older tomb-mate who died a year later. Luckily, the Museum agreed to allow the team to pull a third tooth.

The results are in

The results of the DNA comparison confirmed that Nakht-Ankh and Khnum-Nakht shared a mitochondrial profile, which meant they also shared a mother. In humans, this material is only inherited from the mother, so to look for evidence of their paternity the geneticists also had to examine the mummies’ Y chromosomes.

The results on the study of the Y chromosome were less complete, but the team were able to conclude that the brothers had different fathers and were in fact half-brothers.

This explained why the brothers had the same woman’s name inscribed on their coffins and yet looked so different. It also suggests that women held great power in Ancient Egypt; with the brothers’ status a result of their mother’s position, rather than who their fathers were.

“It was a long and exhausting journey to the results but we are finally here. I am very grateful we were able to add a small but very important piece to the big history puzzle and I am sure the brothers would be very proud of us,” Dr Drosou concludes.

And so the mystery of the Two Brothers has been neatly wrapped up – and all without the help of Jezza.