The chant accompanies every school team as it prepares to tackle a ‘mission’, hoping to secure victory in the ‘Robot Game’. The challenge is part of an initiative aimed, ultimately, at encouraging more children to consider a career in STEM (science, technology, engineering and maths). For now though, all eyes are on the ‘field mat’…

FIRST® LEGO® League INTO ORBIT, launched by the Institution of Engineering and Technology (IET), is a global robotics competition that  enables young people to work as a team, learn valuable life skills and discover the wonders of STEM. Participants are aged nine to 16 – a crucial time for forming lasting opinions about a subject. The University of Manchester’s School of Electrical and Electronic Engineering is helping the worldwide initiative by hosting a regional heat. 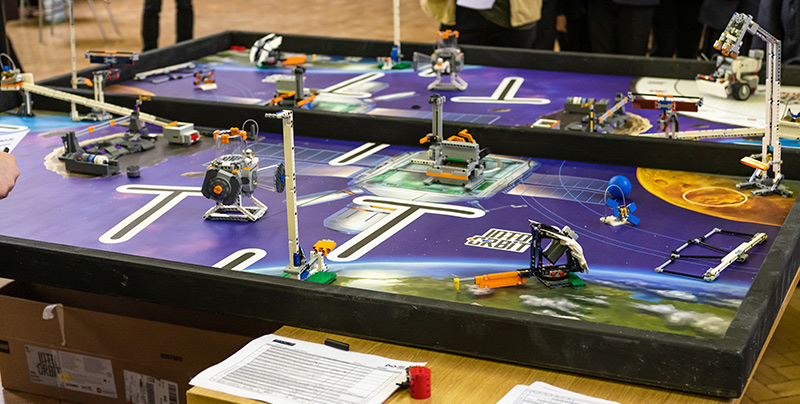 Reaching out to young people

School outreach is vital across the Faculty of Science and Engineering – and the University as a whole – in inspiring young people and getting them to think about their futures. We know that encouraging more girls in particular to follow a career in STEM is a priority, and initiatives such as Dragonfly Day and Bring Your Daughter to Work Week are doing a great job in igniting that interest.

Noticeable during the FIRST® LEGO® League event was the almost-equal mix of boys and girls, each joining in the fun and playing an important role within their teams. Indeed, teamwork, inclusion and friendly competition are among the Core Values that the competition promotes – so much so that the teams are judged on their commitment to them throughout the day.

There was perhaps no better example on the day than when a group gathered to help a rival team, struggling to programme their robot, so they could have one last go at a mission before the competition ended. It summed up what the Core Values are all about.

This year has also seen the introduction of an additional 20 teams from disadvantaged areas, helping more young people than ever before to benefit from a unique STEM experience they might not otherwise be able to access. 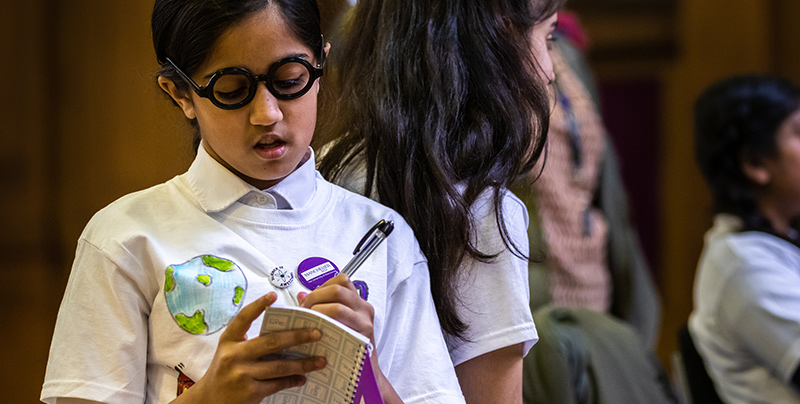 At its core, the event aims to give young people the opportunity to engage not only with each other, but with adults involved in STEM professionally. The University and IET sent postgraduate students to act as mentors for the schools as far back as September, with the teams preparing for the February showdown since.

Helped by their mentor, the teams worked hard getting to grips with their LEGO® packs (which look very different to how this writer remembers LEGO® from 20 years ago!) and attempted to complete their assigned missions. Out-of-this-world structures included space travel ramps, solar panels, meteoroids, satellites and habitation hubs. Armed with their LEGO® MINDSTORMS equipment and challenge info, they were tasked with designing, constructing and programming robots to create innovative solutions to real-world problems.

To watch the competition unfold in Sackville Street Building’s Great Hall was to see all these skills put into practice. Each team had constructed a unique, intricate robot capable of whizzing, turning, reversing and charging. With great focus, skill and excitement they competed for the honour of representing the Manchester region in the national final in Bristol.

The day was not just about winning, however. Far from it. The event was a huge success and a perfect example of university outreach helping future engineers to come together, learn lots and – importantly – have a great time. 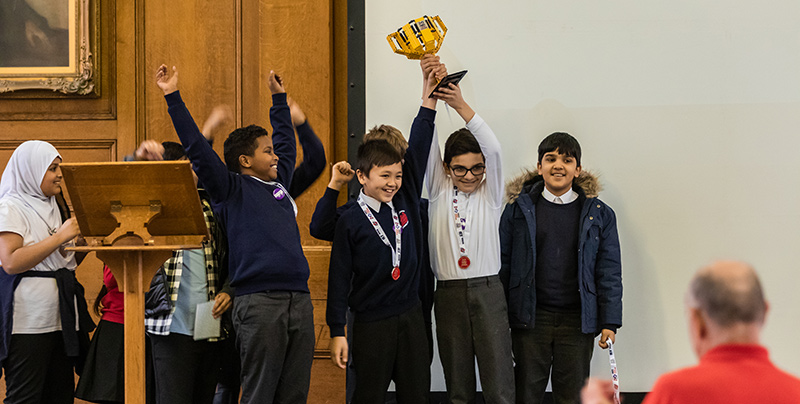