With very few students at the Faculty of Science and Engineering NOT owning a NASA hoodie, t-shirt or sticker, this was the scientific superstar equivalent of Beyoncé popping into Christie’s Bistro for a cuppa.

Dr Green was in Manchester to attend the European Lunar Symposium – hosted by the Isotope Geochemistry and Cosmochemistry Group, which belongs to the School of Earth and Environmental Sciences. Dr Green kicked off the event with a presentation on the importance of the Earth’s closest celestial neighbour. And a very good neighbour it is too – in fact, the Moon is a key factor in the cosmic dice roll that has allowed our planet and the life on it to flourish.

“The Moon plays a very important role to sustain life here on Earth. From the very early days, the gravitational tug by the Moon has enabled our axis to remain at a steady place. This has moderated our climate – allowing life to evolve as it has,” Dr Green explains. Basically, we owe the Moon a lot.

‘They put a man on the Moon’

It has been nearly 50 years since humans last walked on the Moon, but NASA are determined to return there. In fact, Dr Green reveals that it’s the intention of the US space agency to send new astronauts back there by 2024 – including the first woman to land on the Moon.

If you’re asking yourself whether we need to revisit a place that appears to be just a lump of rock, the reasons to go back are manifold. Not least, it could help pave the way to the first human space colony.

“The Moon will tell us a lot about the origin and evolution of the Earth,” Dr Green says. “There’s no reason to think we couldn’t have a permanent place on the Moon, so where will we go? We’re going to find out where the best places are and NASA’s going to start that process, bringing in the international community. We’re going to work together to tease out that location and build the structures we need to stay there permanently.”

And colonising the Moon is just the start – from here, Dr Green says NASA is confident that humans can move onwards to Mars as well. What he’s saying is that within just a few generations, it will be less a case of the man in the Moon, and more a case of men, women and children on the Moon.

‘I’m being followed by a Moon shadow’

While NASA has its telescope firmly set on the Moon’s future, it has also made breakthroughs about its past – and one that helps explain how both the Moon and the Earth in their current form came to be.

In the early 2000s, work began modelling how the Moon was created using all the information scientists had available. This work helped to support the theory that the Moon was created as the result of a huge collision between early Earth and a visitor that got too close.

Known as the Giant Impact Hypothesis, the premise goes that a planet named Theia, which was similar in size to Mars, wandered a little too close to Earth and became caught in its orbit, before crashing into it. The fallout resulted in the Earth we know today and the creation of the Moon.

There are several pieces of evidence to support this theory. This includes the Moon’s iron core being far smaller than average, suggesting that much of Theia’s core was absorbed by the Earth. There’s also the fact that the spin of the Earth and the Moon’s orbit have similar orientations.

And then there’s the fact that the oldest piece of Earth rock ever found was not actually discovered on Earth, but on the Moon. Our planet and the Moon are part of each other, in more ways than one.

‘Fly me to the Moon and back’ 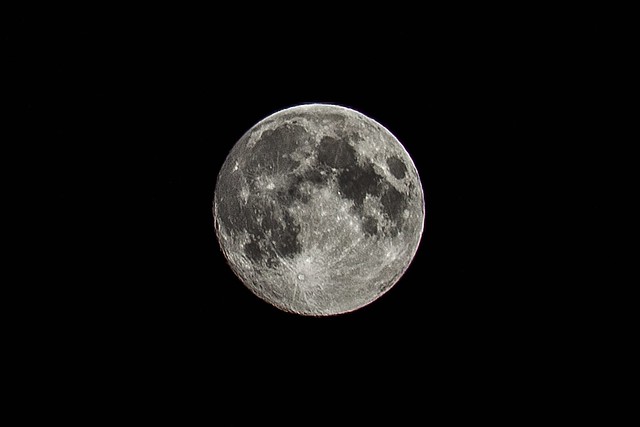 Nearly half a century has passed since we last visited the Moon, but NASA is determined to return in order to conduct scientific research that could unlock the mystery of how the solar system was created and the timeline in which it occurred. And then there’s the little matter of conducting the ultimate location recce – searching for a possible spot for humans to live.

Dr Green asserts that a base like this will be just the start of humankind’s travels further into space. Known as Space Directive 1, NASA will lead this mission – but it’s far from the ultra-competitive Space Race of the 20th Century. In fact, NASA will work with both international space agencies and commercial businesses to create a sustainable mission to the Moon – and further afield too.

It’s a pretty exciting time to work at the internationally renowned space agency – and students at the Faculty of Science and Engineering have a chance to be a part of it. From engineers to earth scientists to chemists and chemical engineers, bright minds will find a welcoming home at NASA.

It’s a diverse range of STEM disciplines that will put humans back on the Moon – and keep them there. Over the next week, we’ll be sharing a series of films in which Dr Green shares his passion for science and opens up about how he rose through the ranks to become NASA’s Chief Scientist. He also talks about the type of minds that NASA wants working for them – could you be one of them?