Last week The Beam held a launch event at the British Academy in London, inviting key influencers to contribute their ideas on research priorities for the network.

Representatives from Government, industry and other stakeholders within the nuclear energy landscape attended to participate in the discussion. They shared their views and opinions on priorities for The Beam and how it might best engage with those who could benefit from its work. 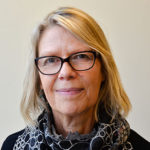 Co-founder of The Beam and Professor of Social Anthropology at The University of Manchester, Penny Harvey, was encouraged by the response from attendees: “We heard a strong recognition from these stakeholders that understanding the social challenges within the industry is important for future progress.

“They raised issues covering the full spectrum from new build to geological disposal of waste, opening up new potential research themes which The Beam will incorporate into its future work.”

Adrian Bull, Director of External Relations for the National Nuclear Laboratory (NNL), attended the event saying: “The nuclear industry has, in the past, engaged both late and badly with the local communities around planned nuclear facilities, and other parts of civic society.

“The Beam’s work recognises not just the importance of engaging earlier in the process, but also that there may be much better ways of engaging than we’ve sometimes used in the past. We in NNL are looking forward to discussing how we can help take this important work forward.”

The Beam team will maintain the dialogue around future priorities by setting up an Independent Advisory Board to work with as the research develops.

According to Richard Taylor, co-founder and BNFL chair in Nuclear Energy Systems at The University of Manchester: “Our launch event reinforced my belief that The Beam has the potential to fundamentally change the nature of the debate around nuclear.”