Graphene NOWNANO PhD – A view from the halfway point

An interview with Philip Thomas, a PhD student enrolled in the Graphene NOWNANO CDT programme.

In layman’s terms, how does your work relate to Graphene?

The fundamentals of graphene, in terms of the physics, are generally understood. There are all kinds of other 2D materials that we’re discovering; recently phosphorene has attracted a lot of attention. Much of the exciting work involves stacking these materials together like Lego to create heterostructures. One of the most exciting results reported in the last year was an LED which was made at The University of Manchester out of dozens and dozens of these heterostructures, including graphene, stacked on top of each other. The scientists were able to create something you could put a voltage through to give you light. My hat goes off to Freddie Withers for doing much of that work. Making such complex structures out of atomically-thin materials that are only a few microns across is a huge achievement.

I’m more focussed on hybrid structures though, where you take graphene and other 2D materials and combine them with other systems. Working with my advisor Sasha Grigorenko, we’ve done a lot of work with this branch of research called plasmonics. It’s a very fast moving field related to nano-optics, which is the study of the behaviour or light within nanoscale objects. The idea is that you can take a traditional material like gold and make it behave in unusual ways by chopping it up and making it into tiny arrays of different shapes and patterns, which might be used in bio-sensing, or even eventually in things like invisibility cloaks! Bio-sensing allows you to potentially detect very small amount of a substance (such as a protein) in a solution just by shining a light on it. Combining graphene with these arrays provides a way to determine their sensitivity.

How might we eventually be able to apply that kind of research?

Finding foreign substances in gases and liquids could be very useful in security and medical applications. It may eventually become possible to detect single viruses with these systems.

How far long are you with your PhD research at this point?

I’m exactly at the half way point – a little over one and a half years. 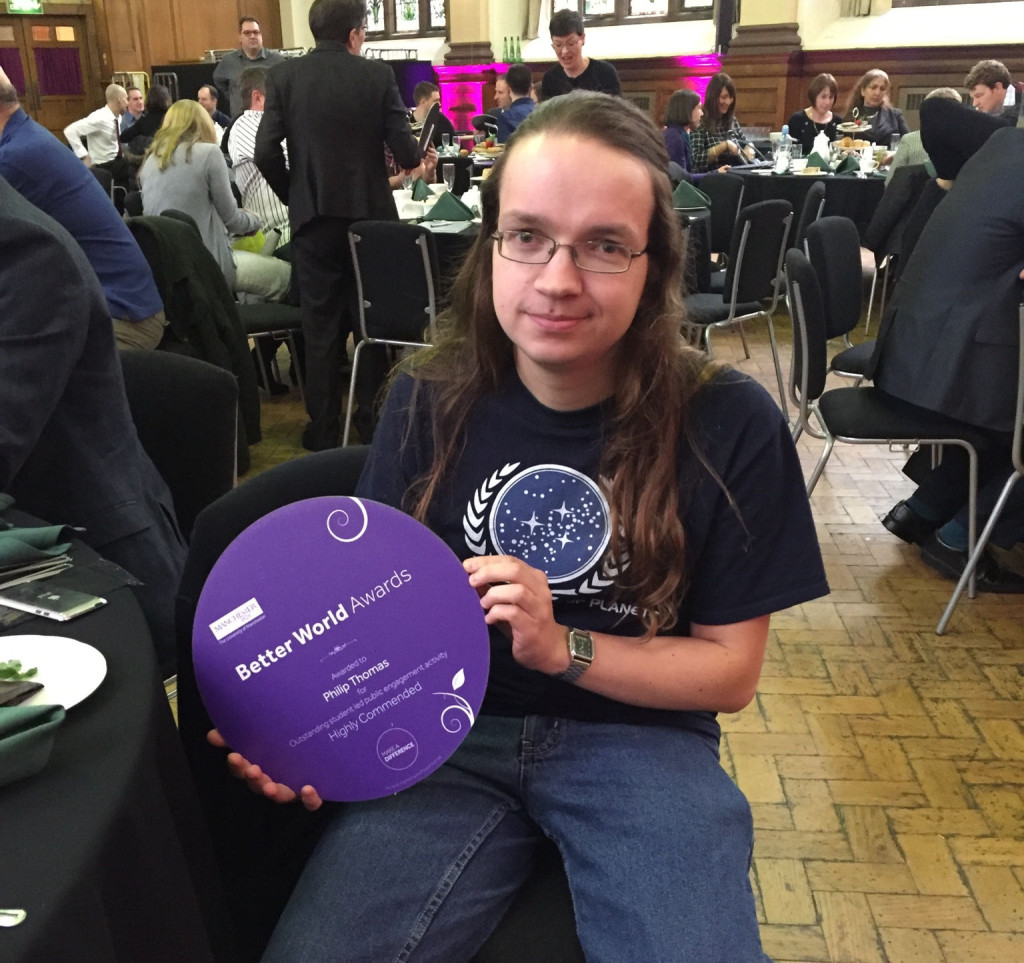 And how did you get involved in research involving graphene?

I was always interested in applied physics. People sometime say that to change the world you need to go into politics. Actually, if you look as the things that have changed the world in the last 15 years, it’s smart phones, high-speed internet, etc. – technology – that has really had an impact, in my opinion. That drove me to study physics as an undergraduate, and then move into more applied areas in my research after that.

During my undergraduate degree I was able to work with Sasha (my advisor now) in a lab for a summer, and that introduced me to the idea of creating new, far-out, properties in materials by doing things like chopping them up and mixing them with 2D materials like graphene.

I understand you’re not from Manchester originally. What drew you to Manchester as a city, and The University of Manchester in particular?

I was attracted to this University because of the physics department. Even before our recent Nobel laureates there were many academics who had done all kinds of incredible work, going back to Rutherford splitting the atom. Manchester’s reputation carries a lot of importance. When I was in my second year of my undergraduate degree, the newest University of Manchester Nobel Prize winners were announced, and that made me feel even more that I should be here when doing my research.

What do you think about the developments around graphene at the University?

The National Graphene Institute (NGI) is a really essential part of our development. The new cleanroom here space is really important, as so many researchers are getting involved in this area. The under-construction Graphene Engineering Innovation Centre (GEIC) is also really crucial, so we can bring these developments out of the lab, and to the masses. 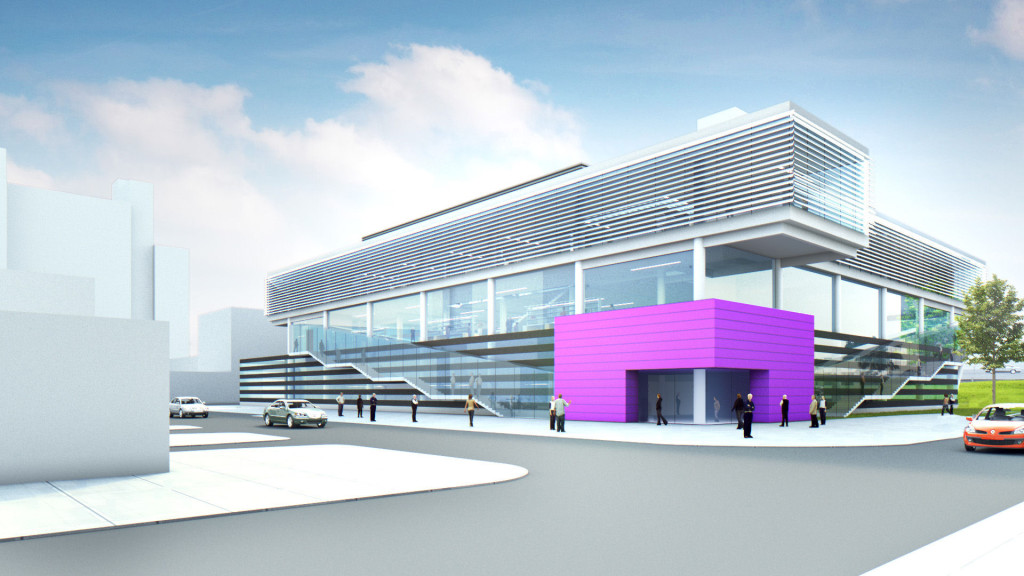 Where do you think graphene’s development will go in the next 5 years, and then in the next 20 years, in terms of its applications in the wider world?

All the first discoveries in graphene were in physics and chemistry. In the past couple of years though, the growth area has really been in biomedical applications, as a potential medium for drug delivery, which is quite distinct from the physicist’s mind-set. That’s a long-term growth area in particular.

In the nearer future, composites will likely be the first to develop, as they don’t have the complicated issues other areas might have to deal with around manufacturing graphene on a large scale. The graphene tennis racquet is a good example of that shorter-term application.