At the top of Sackville Street Building is a little secret – and it’s something all of us in Manchester have a share in.

Next time you walk by, look up. You might just spot the white dome that is home to the Godlee Observatory. This tiny window to the stars has been at the heart of astronomical research for 100 years, and yet many people don’t even realise it’s there.

And that’s a shame considering it was bequeathed to the people of Manchester. Francis Godlee, a successful businessman and philanthropist, presented it to the city in 1903. 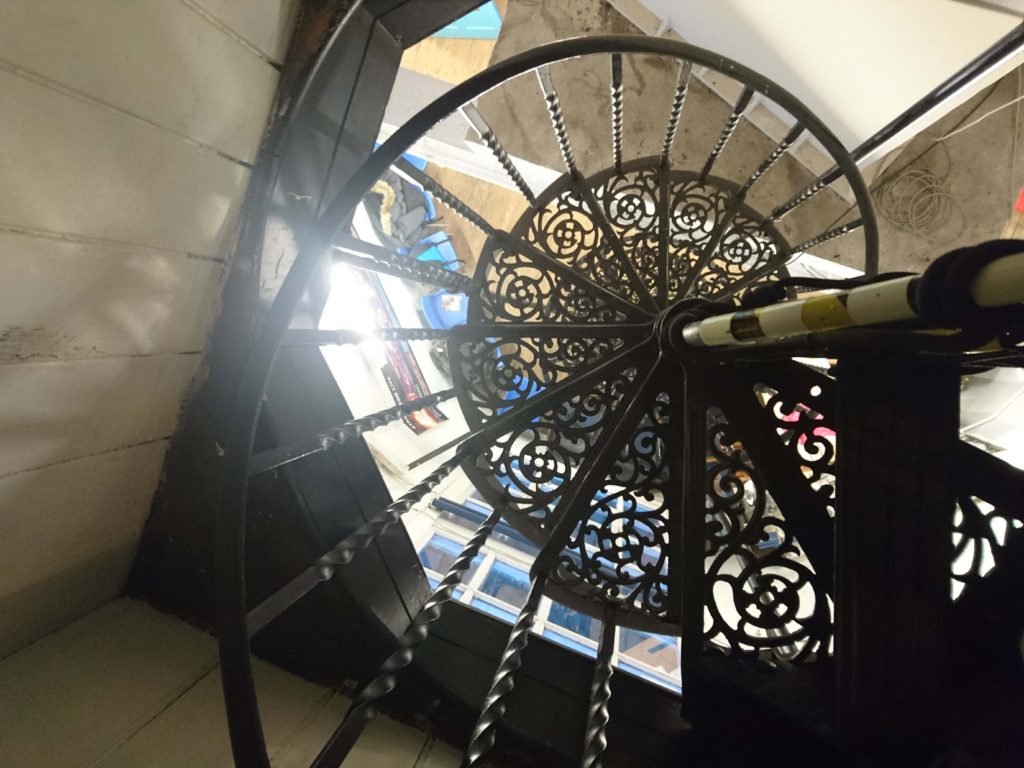 Operated by the Manchester Astronomical Society, the observatory is home to a Newtonian telescope and a refracting telescope. The two telescopes have been situated here since 1902. 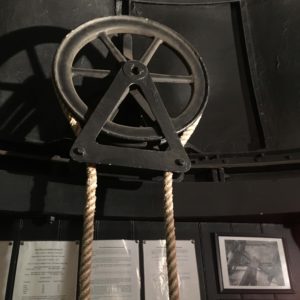 To reach them, the astronomer must climb a spiral staircase that dates back to the Edwardian period. It’s a long way up – and down (trust us, we’ve climbed them!) – and once at the top, the observatory can be entered through a trap door.

Look up and you may not immediately click what the ceiling panels are made of. However, you’ll get a clue when you start to turn the wheel to reposition the opening in the roof and realise how light it is. The dome is actually made from papier-mâché.

The reason for this is to allow the panels to be rotated with ease. What’s amazing is that this paper dome has stood here, high in the sky, for a century. Even during World War II, when so much of Manchester was devastated, the observatory remained a part of the city skyline. 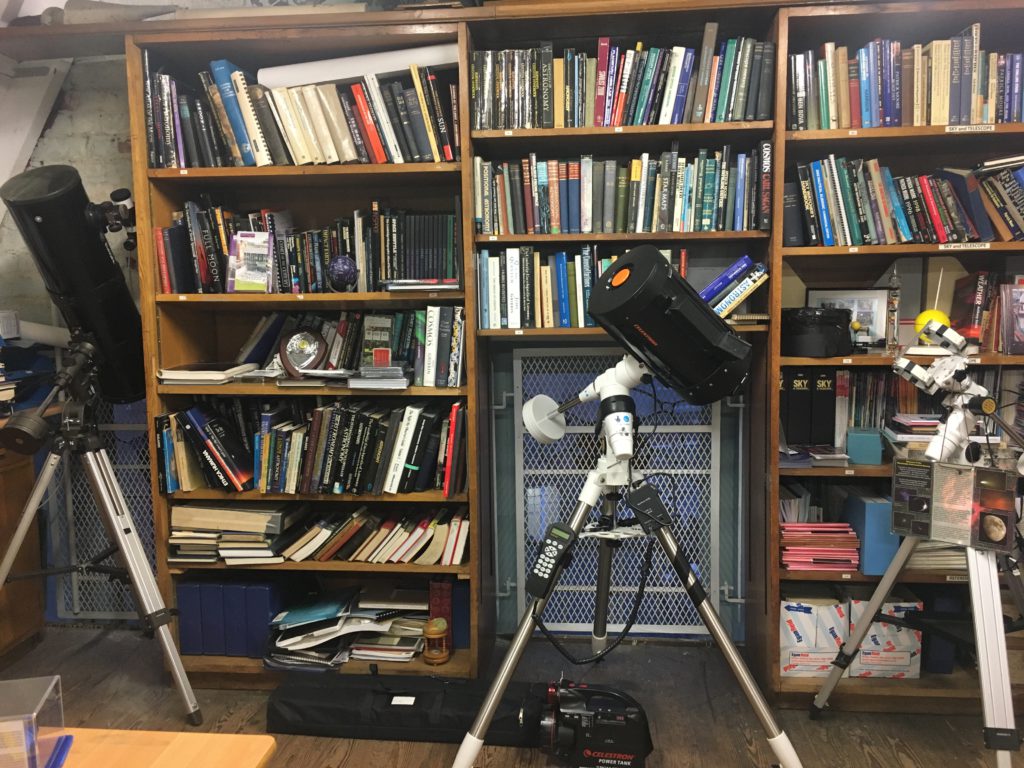 A place in history

Of course, while the University’s astronomers now scan the night skies from Jodrell Bank Observatory, Godlee has played an important role in our history of space exploration. For example, during the lead-up to the Apollo 11 lunar landing, the Manchester Astronomical Society kept a keen eye on the moon and noticed that the Aristarchus crater appeared to be gleaming brightly. They sent a telegram to NASA who forwarded the message to the Apollo 11 crew – who confirmed they could also see this strange illumination.

Known as a transient lunar phenomenon, what both our astronomers in Manchester and the astronauts witnessed was the regular but little understood appearance of light or colour changes on the moon’s surface. But of course, the Godlee telescopes allow us to see much further than the moon. In fact, you can see all nine planets in our Solar System including Pluto – if you know what you’re looking at, that is. 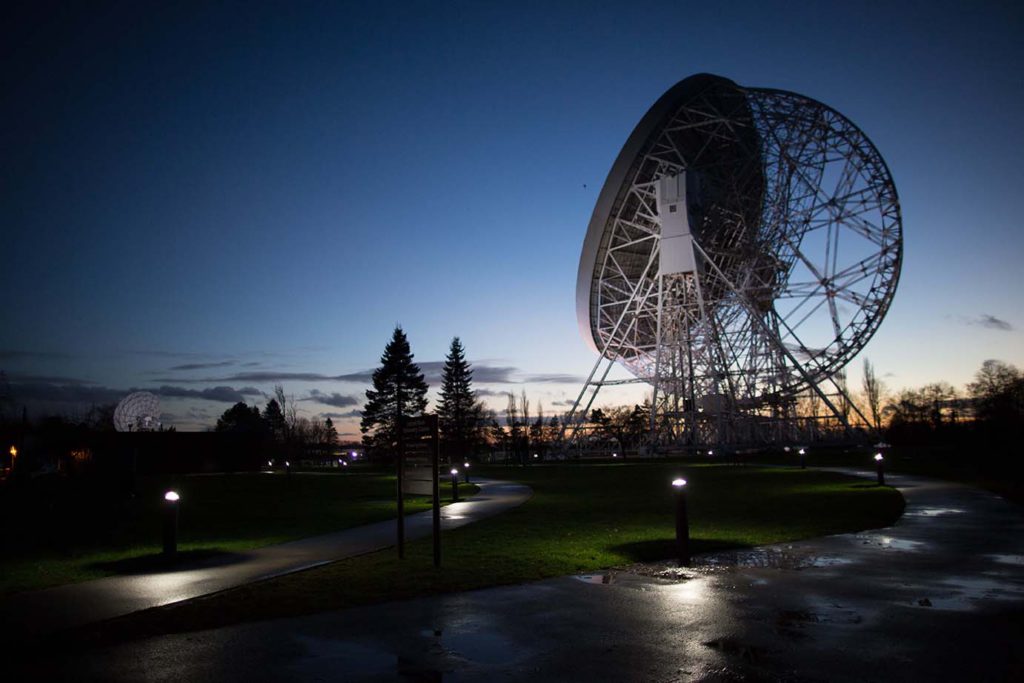 Though powerful, the telescopes at Godlee are no match for the Lovell Telescope at Jodrell Bank in Cheshire. Measuring 250ft in diameter, the huge parabolic reflector radio telescope is so large it can be seen from as far away as the top of the Beetham Tower on a clear day.

The Lovell Telescope celebrated its 60th birthday this year – and the good news doesn’t end there. Jodrell Bank has been chosen as the UK’s candidate for UNESCO World Heritage status next year. If successful, it will achieve the same status as Stonehenge and the City of Bath.

And last month, Jodrell Bank was awarded £4 million in the Budget to go towards its First Light project. The outdoor gallery will display images that help tell the story of radio astronomy at the site.

The Godlee Observatory is open every Thursday evening. Contact the Manchester Astronomical Society to book your place.