As part of my work at the Dalton Cumbrian Facility, I had the opportunity to visit Chernobyl last month. There are few people working in the nuclear industry who don’t know what happened at the power plant near the town of Pripyat, in what is now the Ukraine, 32 years ago this week.

For those who don’t know the story, in April 1986, a test on reactor No.4 led to an explosion that sent radioactive particles shooting into the atmosphere. Global impact notwithstanding, the resulting fallout in the nearby villages and towns prompted a mass evacuation.

Even now, more than three decades later, the radiation levels in the exclusion zone are so high that your life would be at risk if you were to stay there permanently. As a result, no one is legally allowed to live there. It is only possible to visit or work in the area for short periods – although a few people originally displaced by the disaster have since returned to their homes against official advice. 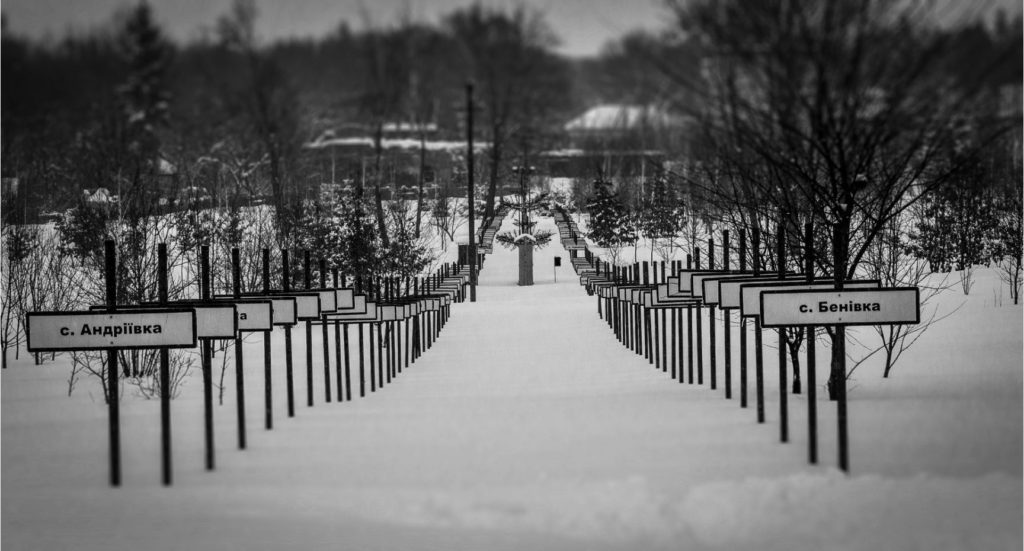 The events leading up to the explosion at the Chernobyl Nuclear Power Plant involved a test of the system that circulates water through the reactor core. As the plant operators were preparing for the test, which required the plant to be operating at around 30% thermal power output, they were asked to halt power reduction in order to satisfy consumer electricity demand. By the time the test resumed, the operational team familiar with the test procedure had finished their shift, leaving it to be carried out by a team of operators who were not as experienced with the requirements of the test.

The design of the type of nuclear power plant used at Chernobyl resulted in several operating challenges that required detailed knowledge and experience to overcome. For example, one of the main contributors to the disaster was the way in which the cooling water behaved inside the reactor core, and how it affected nuclear fission.

Fission releases a lot of energy, and in a nuclear power plant is caused by the atomic nucleus of a heavy element such as uranium absorbing a neutron. Water can also absorb neutrons but does not undergo fission. Pockets of steam can form within the cooling water, which means that it doesn’t absorb as many neutrons. This, along with other design characteristics, meant that the number of fission events could sharply increase in the conditions under which the test was eventually conducted. This led to a rise in the temperature of the reactor core, causing the cooling water to boil rapidly, which led to an increase in pressure. It was this that blew the top off the reactor. The extreme temperature also set fire to the reactor core.

Several days after the explosion, residents of the surrounding towns and villages were evacuated. Anyone living within a 30 km radius of the reactor was asked to leave – a total of more than 130,000 people from 250 settlements.

Most of the media coverage since the disaster shows trees, plants and animals returning to the crumbling, rusting town of Pripyat – which some of you may know best from playing Call of Duty. But as nuclear researchers, myself and many of my colleagues at Dalton Cumbrian Facility were keen to see for ourselves how the site looks today. Our request was answered, and our social committee organised a truly memorable trip.

While no one lives there officially, tours of the exclusion zone have been operating since 2011. The Chernobyl disaster cost the Ukraine $18 billion (£12.69 billion), and funding the exclusion zone continues to cost millions of dollars every year. Tours help contribute something towards this.

The first thing I noticed was that the absence of human settlements is at stark contrast with the return of nature. When we visited, the site was covered in snow (our trip coincided with the Beast from the East), so our one-hour tour of the centre of Pripyat involved wading through thigh-deep snow or following a narrow channel carved by previous tour groups.

The snow gave the town an air of serenity, as if, covered in a pure white blanket, it had finally come to rest. The buildings – all the window glass removed and re-purposed for the structures used by the clean-up crews – seemed to merge with the trees. Inside the buildings, anything of value or use had long since been removed. What remained were rotting floorboards, debris and a sense of loneliness. I expected to find some remaining sign of the people who had been evacuated from the town – some idea of the lives they had left behind – yet there was nothing. Perhaps the atmosphere in Pripyat is what is left over when human endeavour leads to a disaster from which we can’t recover. A town that was once a thriving, busy place has been transformed by time, nature and our own actions into a shadow of human life. It’s clear that Pripyat is no longer a town, but nor is it a museum; it felt more like a grim reflection of the fragility of human existence.

As part of our tour, we visited the nuclear reactor site itself and stood by a monument to the hundreds of thousands of liquidators. These were the people brought in to deal with the disaster at considerable risk to themselves. Our group stood here to pose for a group picture with the new containment arch in the background. The New Safe Confinement is the structure that covers the remains of reactor No.4 and its original sarcophagus to contain the radioactive remains.

This was something that felt familiar to me. As we drove around the perimeter of the reactor site, I noticed structures that reminded me of the civil nuclear structures in the UK. At first I was surprised by this – it felt odd to be 1,400 miles from home, in a different country with a different culture, on an historic site I’d only ever seen before on television, and to find something familiar. The UK nuclear industry dates back to the 1940s so what I’ve seen around the UK’s Nuclear Decommissioning Authority’s estate actually has a lot in common with the three undamaged reactors on the Chernobyl nuclear site. These reactors were designed in the 1970s and operated until 1991, when unit No.2 was shut down (the final reactor unit was shut down in 2000). Before the disaster that destroyed unit No.4, the plants supplied the Ukraine with 10% of its power.

The UK’s Nuclear Decommissioning Authority currently owns 17 sites, all of which have plans for decommissioning. Among these are the Magnox sites and Sellafield, which is home to Calder Hall – the world’s first industrial scale power-producing nuclear plant, which was connected to the National Grid in 1956. Sellafield is also home to the UK’s nuclear fuel reprocessing plants, which are also scheduled for decommissioning. I‘ve been to the Sellafield site numerous times and, although it’s familiar to me, I’m still astounded by its history and complexity.

It’s well known now that the type of reactor used at Chernobyl had a number of design flaws that contributed to the explosion of reactor No.4. Since the disaster, numerous improvements have been made to reactors of similar design. And in other historic reactor designs still in use around the world today, improvements continue to be made too. These designs are usually regarded as being easier to operate compared to the design used at Chernobyl, as any steam generated in the reactor core can reduce the thermal power output, rather than increase it. Meanwhile, continued improvements make the reactors even simpler to run.

The attitudes and response of the operators (also known as safety culture) is another factor cited as having contributed to the Chernobyl disaster. We can compare this event to the Fukushima incident 25 years later, where Fukushima Daichi suffered catastrophic failure whereas its sister plant – Fukushima Daini, located just 10 km away – survived, largely due to the impressive leadership of the plant manager.

More recently, when Hurricane Harvey hit Texas, the South Texas Nuclear Generating Station continued to operate without incident, and will continue to supply power to an area now devastated by the storm. Today, we know a lot more about how to design and operate a nuclear reactor. One key phrase I hear often in the industry is to ‘learn from experience’. I’ve also had many conversations with technical specialists, plant operators and safety professionals (including a few people currently responsible for the Chernobyl site) who are all dedicated to their jobs and the continuing improvement of the sector. The nuclear industry has changed dramatically in its 70-plus years of history. It’s humbling to have the opportunity to visit sites that played such a key part in shaping this history, and to think about where we might go next.

Nuclear power is set to play a big part in reducing the UK’s CO2 emissions, and other applications of radiation such as treating water pollution, engineering vaccines and aircraft inspection, are all making positive contributions to our lives.