This week we feature a guest post from James Mason, a PhD researcher in the Tyndall Centre for Climate Change Research and The University of Manchester’s Department of Mechanical, Aerospace and Civil Engineering. He discusses a new episode of the Tyndall Talks podcast series, in which he and fellow PhD researcher Charlotte Brown interview new Tyndall Centre Director, Professor Robert Nicholls.

The climate crisis may be the defining moment of our generation. But what are scientists doing to tackle the problem? In 2020 the Tyndall Centre for Climate Change Research celebrated its 20th anniversary by starting a new podcast series that delves into the heart of the climate crisis. The series presents insights into the centre’s world-leading scientific research that asks the difficult questions and shapes the conversations around us.

Here, Professor Robert Nicholls provides insight into the role of the Tyndall Centre and discusses his work on sea level rise. 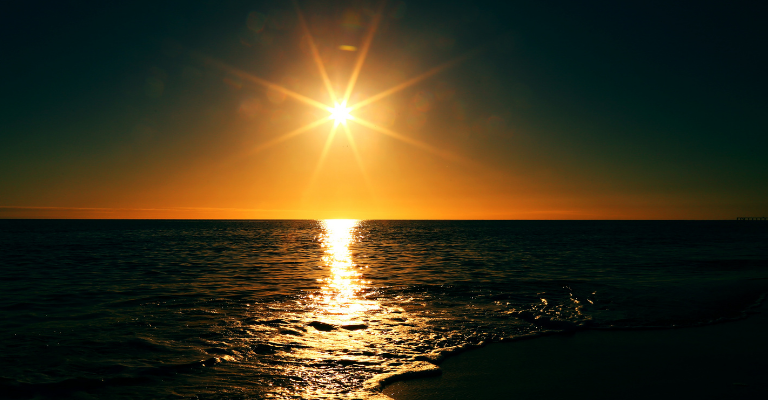 For our latest episode we travelled to sunny Norwich to interview Professor Robert Nicholls, the new Director of the Tyndall Centre. On one cold morning back in February last year, we boarded the 8am train from a packed Manchester Piccadilly train station and embarked upon our eight-hour return trip. Arriving freshly caffeinated, we head to the recording studio, where we meet a smiling Robert. Sitting down, we put our headphones on and reposition the mic.

What is Tyndall and what does it do?

Robert’s research focuses on how the climate crisis causes sea level rise and how this affects the world around us. When we hear about sea level rise on the news, we often hear of melting ice. A warming world melts large ice stores such as in the Alps, the Rockies, Greenland and Antarctica.

If all Antarctica melted, sea levels would rise by 70 metres.

The second key cause of sea level rise is thermal expansion. Just like train tracks that expand on a hot summer’s day, warming oceans also expand. As they expand, sea levels rise and ‘overflow’ onto the land.

Robert explains that we can reduce sea level rise by curbing greenhouse gas emissions. But we can’t stop it completely – we’re committed to at least some. This is because oceans respond to warming slowly, on the timescale of hundreds to thousands of years. Ice sheets also take a long time to reach equilibrium. So even if we completely reduce all of our emissions in the next ten years, we will still need to adapt to impacts in the future. 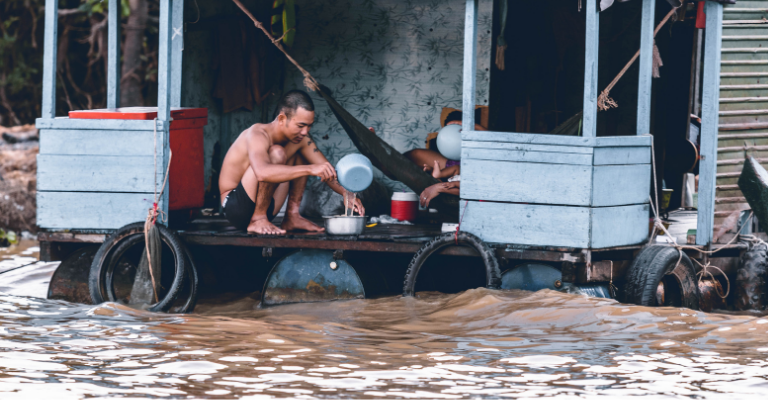 What are the impacts?

Sea level rise will hit low-lying areas the hardest, flooding towns and putting cities underwater. Robert explains how low-lying deltas are most at risk. River deltas hold 7% of the world’s population. Many have a high population density, such as in Bangladesh and the Nile, as they are great places for agriculture.

Small islands are also vulnerable. The highest point in the Maldives is only 2.4 metres above sea level.

In the UK, flooding will worsen. This is not new, but will become even more commonplace. Many cities and towns have already felt the impacts of this first-hand, enduring thousands of pounds of damage to businesses and sweeping away homes. In the future we will have a choice. Either move, or adapt.

The next ten years are critical

During the interview with Robert, the sense of urgency is clear. Climate change is here, knocking at our door. Our actions over the next ten years are critical. We’ve already partially opened the door. We’re going to have to adapt to some climate change, no matter how successful we are.

But if we open the door too far? Then climate change will come flooding in.

A sense of optimism

We finish the interview with Robert and begin our return journey to Manchester. Although the stark consequences of climate change ring in our minds, we’re left with a sense of optimism. Although the climate crisis poses many challenges, the outcome is still in our hands. But the next ten years are vital.

We need to act collectively, whether that’s changing our lifestyles as individuals, or producing research as part of groups like here at the Tyndall Centre.

Listen to the ‘Get to know the Tyndall Centre with our Director Robert Nicholls’ podcast episode on: 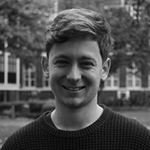