The first two projects conceived and funded directly as a result of The Beam research network are now underway. Both projects focus on understanding elements of decommissioning at Sellafield, the UK’s biggest nuclear clean-up challenge. As well as long and expensive, it will also be a technologically and socially complex process.

The projects will be carried out from The University of Manchester’s Dalton Cumbrian Facility, the Dalton Nuclear Institute’s West Cumbrian base, which is ideally situated in close proximity to key partners like Sellafield and the National Nuclear Laboratory.

“The Beam offers an exciting research perspective which really complements our established areas of expertise in radiation science and decommissioning engineering. Understanding the nuclear sector’s contextual landscape, particularly around nuclear communities and innovation culture, is an essential building block in addressing the technical challenges that the University’s scientists and engineers are working on. A socially responsible, multi-disciplinary approach is key and we think these projects address themes which will be of real value to researchers, communities and industry.”

Holistic decommissioning in the nuclear industry

The Dalton Nuclear Institute’s first social research fellow, Petra Tjitske Kalshoven, is making headway in an ethnographic study of Sellafield in which she is spending time in and around the nuclear installations at the site and further afield in West Cumbria, paying attention to Sellafield’s organisational, political, social and ecological context.

Funded by an Endowment from British Nuclear Fuels, the project aims to address current debates in the decommissioning of nuclear facilities and storage of nuclear waste in the UK. Kalshoven will explore social and cultural features of industrial and scientific nuclear activity. Such features play a role in shaping attitudes to risk, change and innovation amongst a wide variety of players and may provide more general insights into human powers and politics of imagination. 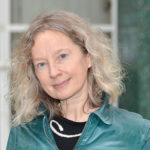 Kalshoven explains: “Any technical or technological process has a social side as it is always people who engage with technology. This sounds very obvious but is often taken for granted. My role as an anthropologist is to question what is taken for granted.

“With this project, I hope to find out how the material and the social are connected in processes of containment, that is, in securing hazardous materials during decommissioning, but also how containment as such gets conceptualised. For example: do scientists and ‘the public’ think differently about containment, what it entails, and how it is related to risk? And what are the consequences of these different ways of thinking?”

The project’s multi-disciplinary team includes colleagues from The University of Manchester’s School of Social Sciences and Manchester Alliance Business School.

Read more about this project.

Technical innovation is crucial factor in the safe and effective clean-up of Sellafield. New technologies could dramatically reduce the cost and time needed to decommission the site, but many are not yet fully developed or have been developed for different working contexts.

Another project will therefore bring together social scientists and roboticists at The University of Manchester, and experts at the National Nuclear Laboratory to explore the social and cultural elements of such innovation.

The team will focus on understanding how technology is developed and applied in the highly regulated nuclear industry and consider how past problems may be avoided, whilst building on and strengthening processes for the future. They will consider key decision-makers within the industry, the wider community involved (such as unions, supply chains and sub-contractors) and the developers of new technologies themselves.

Read more about this project.