The European Federation of Corrosion (EFC, an association of over 20 European professional institutes) has recognised the Corrosion@Manchester research group in the Department of Materials by the award of the 2020 European Corrosion Medal to Professor Stuart Lyon. 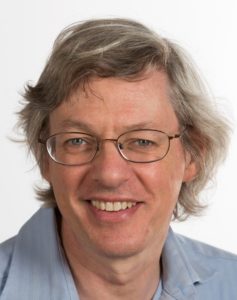 The award recognises “achievements by a scientist, or group of scientists, in the application of corrosion science in the widest sense” and is the highest honour of the EFC.

Materials damage due to corrosion causes economic losses of around 3% of GDP per annum in developed economies. This was recognised in the UK in 1969 with publication of the government white paper – “The Hoar Report”. As a result the Corrosion and Protection Centre and CAPCIS (Corrosion and Protection Centre Industrial Service) were both established with government support at the former UMIST (University of Manchester Institute of Science and Technology) in order to, respectively, develop new scientific understanding and to provide a technical consultancy service to industry. CAPCIS grew to become the largest corrosion consulting organisation in the world and was sold to the INTERTEK group in 2007. “Corrosion@Manchester” remains as by far the largest such academic endeavour in Europe and one of the largest in the world.

Over a 35-year career at Manchester, Stuart has helped to set up research partnerships with the UK nuclear industry (the Materials Performance Centre – MPC), BP (the International Centre for Advanced Materials – ICAM), EdF Energy, Airbus and AkzoNobel. Since 2012, as AkzoNobel Professor of Corrosion Control, he has led a strategic research partnership for AkzoNobel’s global corrosion protective coatings business applying innovative analytical, electrochemical and microscopy techniques to the study of paint and paint performance. Previous winners of the EFC Corrosion Medal include, in 1999, Professor Graham Wood (FRS) who established Manchester as the world’s leading centre of excellence in corrosion research in the 1970s.

Presentation of the Corrosion Medal will be held at the EUROCORR 2020 meeting in September (being held online) followed by Stuart’s plenary acceptance address.