When the stars align – and smash into each other

For the first time, the colossal jet of energy released by two colliding neutron stars has been observed on Earth – helping to resolve a debate that’s rumbled on among astronomers for decades.

In space, no one can hear you scream 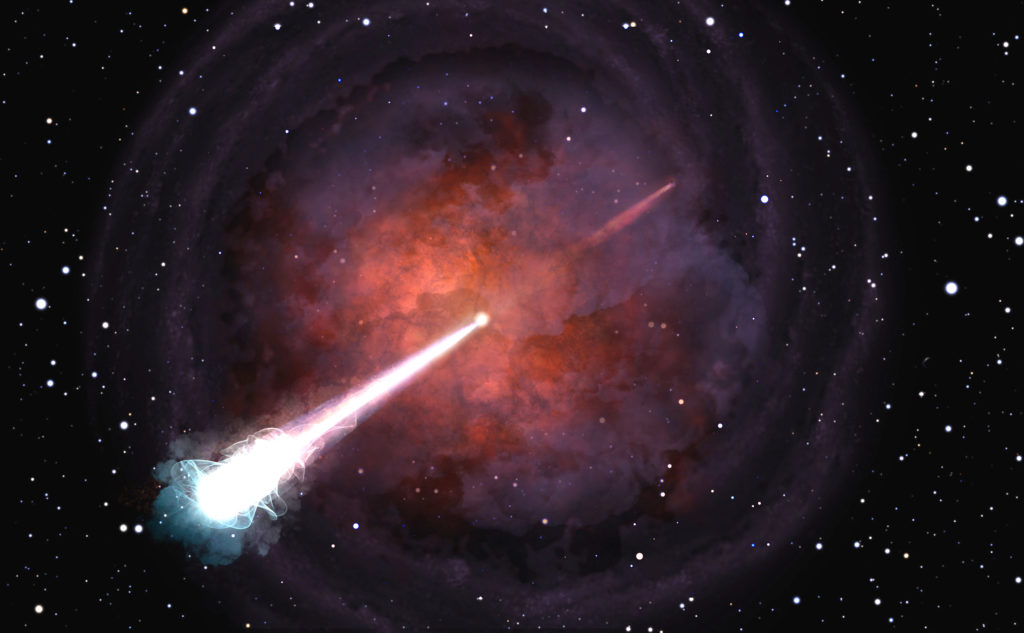 As anyone who has ever watched a sci-fi film knows, space is a scary, scary place. And now, astronomers across the globe have together confirmed the existence of one of its most terrifying phenomena – a colossal jet of energy caused by a gamma-ray burst that results from the collision of two stars.

While the stars aligning is a good thing, stars colliding certainly isn’t (at least if you’re nearby). The energy released by a collision on this level is almost unimaginable. For example, a star-crash located within our galaxy would release a jet of energy so powerful, if it happened to point towards Earth, it could end all life in an instant. Much like James Bond facing down the laser in Goldfinger, the Universe would indeed “expect us to die”.

Thankfully, when an event like this was observed nearly two years ago, it was happening a very long way away from us.

Out with a bang 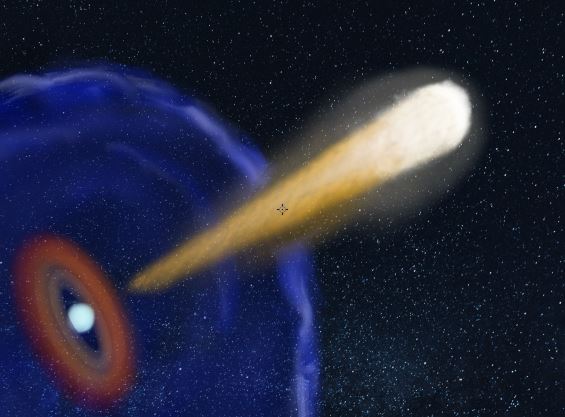 In August 2017, a couple of laser interferometer gravitation wave detectors together observed two neutron stars colliding. A neutron star is what remains after a star’s core collapses in on itself. While they are typically around the size of a city, they are roughly the same mass as the Sun, which makes them incredibly dense and powerful.

The energy, gravitational field and mass of these relatively small celestial objects are such that when they collide, the force of the impact is, unsurprisingly, staggering. But because such an event had never been witnessed, scientists had to theorise the details. That all changed when GW170817 was first detected in the summer of 2017.

Only 130 million light-years away (yes, “only” – as when you’re speaking in universal terms, that’s not that far from Earth), two neutron stars, caught for generations in a spiralling dance by their gravitational pulls, finally collided. An event like this is so rare, it is thought to occur only once every 80,000 years. But exactly what happened to GW170817 (the name given to the event) next was something scientists would have to wait 200 days to observe.

Eyes on the skies

Using more than 30 telescopes situated across five continents – including our own Mark II at Jodrell Bank – scientists observed the behaviour of the jet of energy and material expelled by the collision. Their main query was how this jet emerged – was it trapped within the shell of the explosion, or was it powerful enough to pierce through?

Often, astronomers monitor the brightness of their subject to determine how it is behaving, but this wouldn’t provide an answer to whether a jet or bubble had formed following the merger of the neutron stars. They had to come up with a different plan.

Using a technique known as Very Long Baseline Interferometry, an international team of astronomers – led by Giancarlo Ghirlanda from the National Institute for Astrophysics (INAF) – were able to combine radio telescopes. On 12th March, telescopes from Australia to Hawaii set their sights on GW170817 and looked for whether a jet of particles was emerging from the collision, or whether a bubble had formed around it.

The resulting data, published last week in Science, was then collected and sent to the research consortium JIVE in The Netherlands, where it was processed to create a single image. And when you’re talking about an event happening such a colossal distance away, that image is very small. In fact, a bubble would appear as the size of a one euro coin – if you were looking at it from 1,000km away – and a jet would be even smaller.

“It’s a bit like playing Guess Who?,” explains Om Sharan Salafia, INAF researcher and second author of the paper. “Comparing the theoretical images with the real ones, we find that only a jet could appear sufficiently compact to be compatible with the observed size.”

So the scientists had their answer – the jet of material released when the stars collided had burst out into the Universe. Such was the power of this jet, the team suggests that it contained as much energy as produced by all the stars in the Milky Way during a whole year.

Luckily for us here on Earth, it seems that on this occasion we were shaken, but not stirred.