Jodrell Bank Observatory has been named as one of six new sites of cultural importance to be inscribed on UNESCO’s World Heritage List.

On 7 July, UNESCO announced that Jodrell Bank would be joining the likes of the Great Wall of China, the Palace of Versailles, the Acropolis in Athens and Peru’s Machu Picchu as a site of historical, scientific and cultural significance. The Observatory joins 32 other British sites on the list of protected landmarks.

Of course, this accolade should come as no surprise to regular readers, as Jodrell Bank has been at the forefront of some of the UK’s most important scientific and cultural developments – from spearheading Radio Astronomy as a scientific discipline to starring in Doctor Who!

For the Lovell of Jodrell 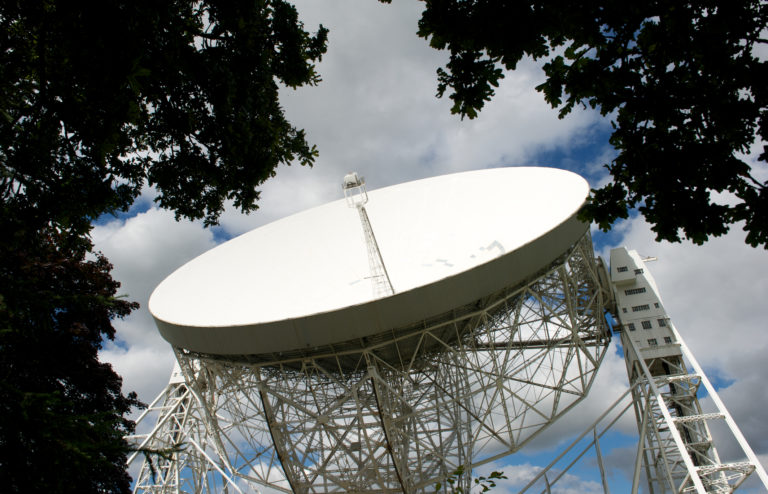 Part of The University of Manchester, Jodrell Bank is located some distance away – in Macclesfield, Cheshire. The remote location is no coincidence – it was first purchased by the University to use as a botany field station, but it had the additional benefit of being free from radio interference. In 1945, physicist and astronomer Bernard Lovell arrived at the site with a fleet of trailers packed with Wartime radar equipment in order to further his research into cosmic rays.

The 66-metre Transit Telescope was erected at the site in 1947 – and at the time was the largest telescope in the world. A decade later, construction completed on what is now the world’s third largest steerable dish radio telescope – the Mark I (later renamed the Lovell Telescope). 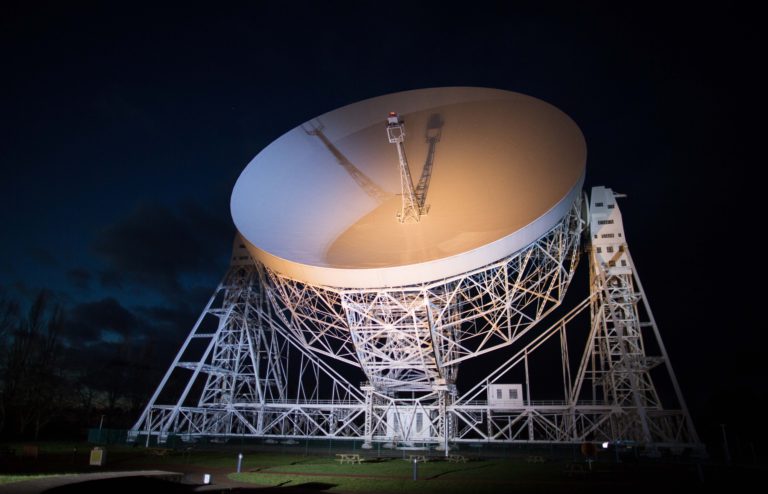 What you may not know is that just three days before the Apollo 11 launched, the Soviet Union launched the unmanned Luna 15 with the intention of retrieving a lunar soil sample and returning to Earth quicker than the US team. So in addition to listening to the astronauts take their first steps on the Moon’s surface, Lovell’s team also tracked the Luna 15 – which crashed only a few hours before Neil Armstrong and co lifted off to head back home.

One astronomer, heard on a recording made at Jodrell of the events, exclaimed: “I say, this has really been drama of the highest order.” Lovell himself told The Times that the landing was “one of the moments of greatest drama in the history of man”.

In the nearly 50 years since the Apollo Moon landings, Jodrell Bank has continued to be at the forefront of astronomy. In fact, yesterday (10 July), the new headquarters of the Square Kilometre Array (SKA) Project opened at the observatory.

A SKA is born 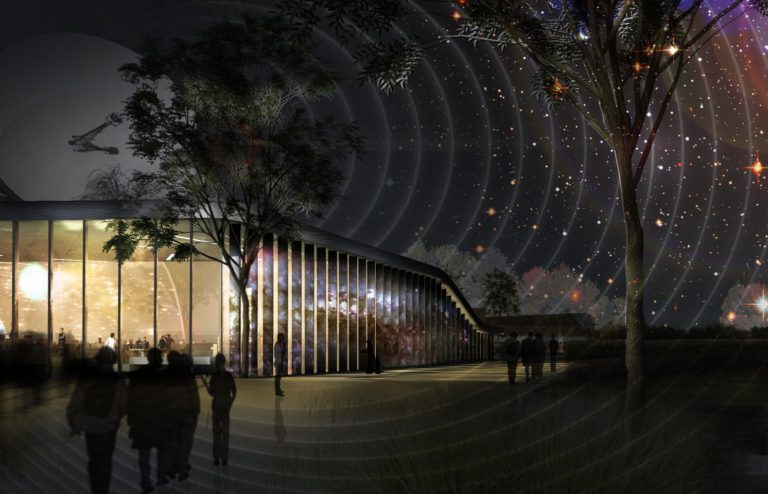 SKA is a multipurpose radio telescope that will help provide answers to some of the most important questions still asked in astrophysics, including how the very first structures in the Universe were formed. It will also use pulsars to uncover the gravitational physics necessary to probe the very nature of time and space.

An intergovernmental project to support worldwide collaboration in radio astronomy, SKA will establish sites in South Africa’s Karoo region and Murchison in Western Australia. Jodrell Bank Observatory is the site of the SKA Global Headquarters (pictured above), which is responsible for coordinating SKA’s international activities. The new 16.5 million headquarters includes an Operations Monitoring Centre to remotely manage telescopes, and video conferencing technology that will allow teams across 20 different time zones to connect.

The official opening included a lecture by astrophysicist and co-discoverer of pulsars, Professor Dame Jocelyn Bell Burnell. Professor Philip Diamond, Director-General of the SKA Organisation, said: “I look forward to seeing the headquarters filled with some of the brightest minds in the field of astronomy from across the world, working to fulfil SKA’s mission to reveal more of the universe than ever seen before.” 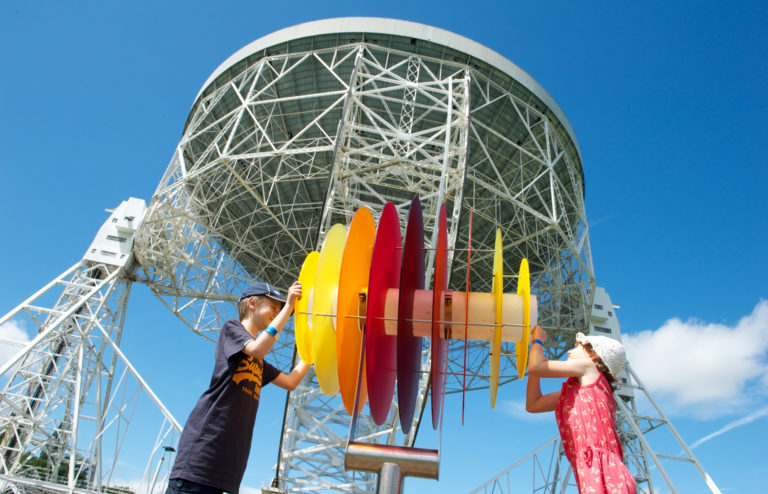 Some of the most important discoveries in astrophysics have been made at Jodrell Bank, including the discovery of quasars, in addition to important research on pulsars, meteors and gravitational lenses. The site also represents an important transition in the history of astrophysics – from the use of traditional optics to radio astronomy. It’s no wonder UNESCO is keen to preserve it.

And while Jodrell Bank has been at the heart of science, it is also an important cultural landmark in the UK. After all, what other scientific institution has appeared in Doctor Who AND become the site of a popular music festival? Jodrell Bank truly is one of a kind.

“I am delighted that Jodrell Bank has become the UK’s 32nd UNESCO World Heritage Site,” says Heritage Minister Rebecca Pow. “The research completed here has transformed our understanding of the Universe and it is right that this is recognised.

“This announcement will make sure that this remarkable site will continue to inspire young scientists and astronomers all over the world,” she concludes.

This is the first of a three-part blog series on Jodrell Bank Observatory to celebrate UNESCO’s announcement. Be sure to subscribe on our homepage to read the rest.