In Greek mythology the Titan god Prometheus created humans from clay and gave us fire, igniting our intellect and knowledge.

Jump to modern-day Britain and a blockbuster film of the same name has proven the inspirational spark that’s helped a team of researchers solve a major problem facing railway giant Network Rail: how to meticulously – yet safely – survey underground caves and abandoned mines?

Directed by Ridley Scott, the 2012 sci-fi horror starring Noomi Rapace and Michael Fassbender sees an intrepid space crew exploring distant worlds, seeking the origins of humanity. And it was their use of laser-scanning drones, able to construct 3D models of the surrounding environment, that proved a lightbulb moment for a team including researchers from Manchester’s Department of Electrical and Electronic Engineering.

Here they explain their out-of-this-world thinking… 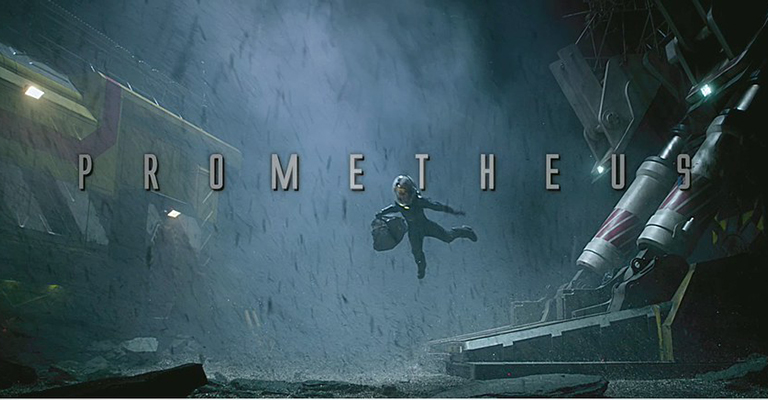 “There’s a scene in the film where a set of small drones are launched that fly through an underground tunnel system and send a map back to the operator, which is exactly what we want to do in this project,” explain Dr Simon Watson and Liam Brown who, alongside Dr Ognjen Marjanovic, form Manchester’s contribution to the research.

“The aim of the project is to build a folding drone that can be deployed through a 150mm (6 inch) shaft to inspect old mine workings. Some of these mine workings are below railway lines, so they need to be monitored by Network Rail to make sure there are no problems. It is a multi-partner project being led by Headlight AI; the other partners working with The University of Manchester are the University of Bristol, Royal Holloway London University, Callen-Lenz and Thales.”

Also entitled Prometheus, the project uses many of the same technological principles explored in the film that influenced its name. Does popular culture often inspire serious scientific research, we wonder? “Of course,” Simon and Liam answer, “who doesn’t see amazing things in films and want that to happen in real life? Well, until you see a T-800 walking towards you…”

While the project’s name is linked to the film, so is the film’s name – and various themes – linked to the Greek myth. The Titan god is known for his intelligence and is often referred to as the author of the human arts and sciences – someone with great forethought who champions progress.

So what progress could the Prometheus drone project bring? According to Simon and Liam: “It will allow Network Rail to save both time and money with the inspection of the mine workings. The inspection of confined spaces is a challenging and dangerous task, many industries face these on a regular basis. Prometheus offers an ability to survey these spaces without the risk of sending in people.” 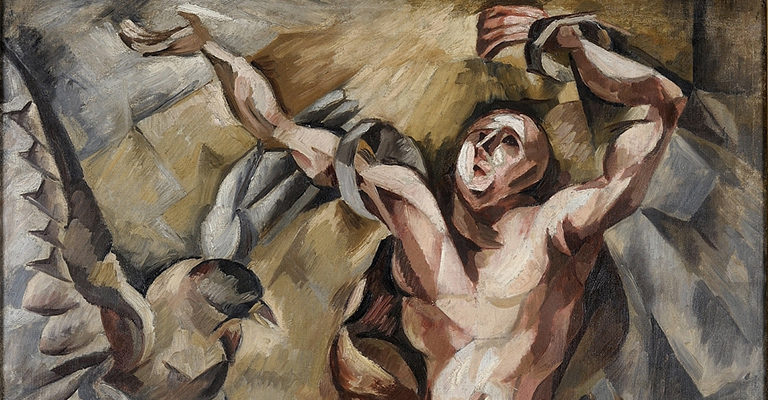 In the Greek myth Prometheus is severely punished by Zeus for stealing fire and giving it to man. Sentenced to suffer eternal torment, he is chained to a rock for an eagle to come and eat his liver, which grows back again each night – starting the horrific process all over again.

While operating underground isn’t quite as challenging as that(!), it certainly has its problems. “For a start it’s pitch black, and people can’t enter the mines, so you can’t manually fly the drone,” the pair explain.

“We therefore have to make the drone autonomous. That means it needs to be able to detect its surroundings and safely navigate through them with no human input.

“Launching the drone is also a major challenge. To have all the sensors you need to do an inspection, which means that the drone has to be relatively big. Unfortunately many of the mines don’t have accessible entrances and the only way in is through 150mm (6 inch) shafts.”

The project certainly, therefore, has the potential to make a huge impact. A series of real-world tests are planned for 2021, which will give the team an opportunity to evaluate Prometheus and its autonomy further.