#MondayMaterials has been going fantastically so far, with a range of fascinating interviewees 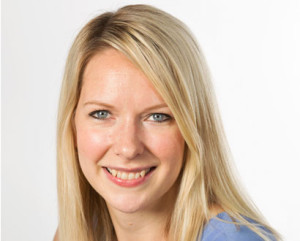 discussing subjects which have shown just how broad and exciting the work happening in the School of Materials can be. And there’s no change this week, in that respect.

Episode 7 has been particularly interesting for me, though, because it’s the first time I’ve been really surprised by the research subject. I was aware that all the types of work discussed so far were happening in the School, but Professor Sarah Cartmell’s research into regenerative medicine was something I didn’t know we covered.

In part, that’s what’s so exciting about working here and doing these interviews. There is so much happening here that I imagine there will probably still be many such surprises to come. Anyway, enough from me. Read the interview below; I hope you’ll find Prof Cartmell’s work as interesting as I did.

Can you please describe your research, for the layman, in ten sentences or less?

So my research focuses on orthopaedics, which is bone, cartilage, tendons, and ligaments. Anything to do with the skeletal system, really – which helps you walk and move around.

I work in tissue engineering, which means I grow pieces of tissue within a lab and try and put those back into the patient. So instead of having a hip joint, for example, my aim would be to grow a new piece of tissue so you don’t have to have a piece of metal that would have to be replaced in about ten years’ time.

How could your research benefit the general public?

So, my research will benefit the general public primarily through quality of life. A lot of people who have hip joints would need to have them replaced ten or fifteen years down the line and you can only have one revision after that, typically.

So if we can get the body to repair itself – it’s called regenerative medicine – that would be a significant impact.

People are aging, you know, people across the world are aging more and more. There are more people needing this type of treatment.

Could you tell us a bit about how you first got interested in your research area?

I was first interested in my research area from seeing, I don’t know if people remember, there was a program called Tomorrow’s World. Probably, I don’t know, twenty/thirty years ago. And there was this quite horrific picture, actually, of this mouse with an ear on the back of the mouse.

It was quite science-fiction at the time, but pictorially it showed you the impact of what you can do. You can grow pieces of tissue within the lab and put those back, potentially into patients.

Obviously there’s an awful lot of research that still needs to be done, but that really captured my imagination. I was interested both with medicine and with engineering, and it’s a perfect marriage of the two.

Was there anything or anyone that first inspired your interests in science and engineering?

I would say probably there are a lot of influences, for me, to get me into science and engineering.

There were some significant teachers at school that influenced me, that were really inspiring. Really good teachers.

But probably from an earlier age I would say my father. He was a Nuclear Physicist and he worked for the Atomic Energy Authority. And I do remember that he had to sign the Official Secrets Act, and it was all very exciting and secret and he was doing this very important research.

It was quite inspiring to see, when you come home and you see your father coming home with that type of work.

Could you tell us a bit about your interests outside of work? What do you get up to in your spare time?

So, outside of work I spend a lot of time with my two little boys. I’ve got a six and a seven year old. So, they keep us busy.

My husband and I, we also do karate. That’s where we met. So I’ve been doing Shotokan karate for about twenty years now. I’m a fourth dan and I used to represent England in the kumite.

I spend a lot of time still doing that.

How has being here in Manchester helped your work and research?

I moved to The University of Manchester five years ago in 2010. It’s been fantastic for me, just because it’s such a big ship. There’s so much opportunity.

The research here is fantastic, not that it isn’t at other universities, but the fact that we’ve got such breadth across all of the different disciplines and faculties means it’s much easier having everything on site in order to collaborate.

A couple of things really made a difference to me in the School of Materials, such as the imaging facility we have – the Henry Moseley Imaging Facility. I do a lot of imaging, CT scanning (Computer Tomography Scanning), because I’m working with bone. We can get 3D images that we use with different x-ray techniques. And this facility is world-leading – it’s just been brilliant to be working with them.

Thanks, Sarah. That was a fascinating insight into your work and inspirations, and I’m not just saying that because of the karate skills!

So that’s it for another fortnight. Absolutely brilliant to hear about another element to the work happening in the school. In two weeks time we’ll be with Dr Delia Vazquez, the first person to teach Ecommerce in the UK! That one is not to be missed.