Is there life on Mars? The answer – for now – is no. But is there life… out there? Well many scientists believe the answer is yes – it’s just that finding it is like finding a needle in a haystack.

The fact is, our universe is big. Really big. And within this colossal canvas, individual star systems similar to our own are microscopically small. So if we’re going to find alien life, it needs to make its presence known.

Luckily, our search for friends in space has just gotten a little easier.

Out of this world 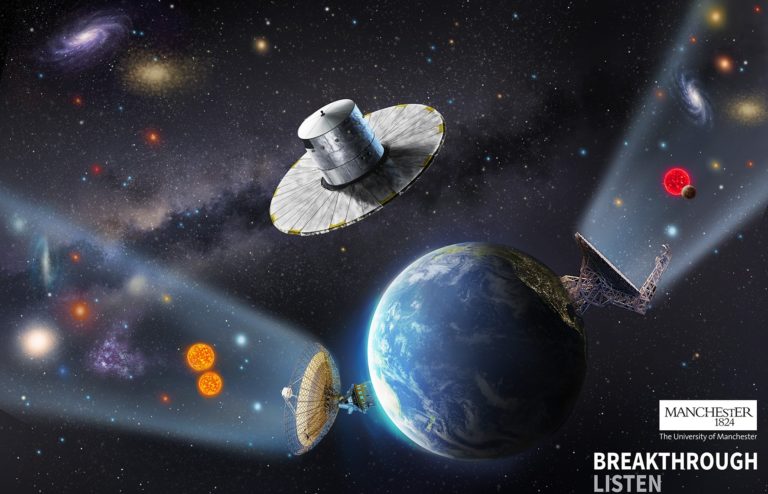 MSc Astronomy and Astrophysics student Bart Wlodarczyk-Sroka, together with his advisor Professor Michael Garrett, Director of the Jodrell Bank Centre for Astrophysics, have made a breakthrough that will allow us to keep an eye on a much larger section of our galaxy, the Milky Way. And it’s all thanks to good old fashioned number crunching.

In collaboration with Dr Andrew Siemion, Director of the Breakthrough Listen Initiative – the largest ever scientific research program aimed at finding evidence of civilizations beyond Earth – Wlodarczyk-Sroka combined Breakthrough Listen’s radio observations with the star catalogue created by the Gaia Spacecraft, allowing researchers to calculate new limits for radio transmitters.

Utilising the extended views afforded by the Green Bank telescope in West Virginia, US and the Parkes Observatory in New South Wales, Australia, he was able to add stars up to 33,000 light years away to the search, thereby increasing the number of stars studied by a factor of over 200.

To put this into perspective, while previously we were able to monitor around 1,400 stars and their systems for signs of extra-terrestrial intelligence, we are now able to watch around 280,000.

Written in the stars… somewhere 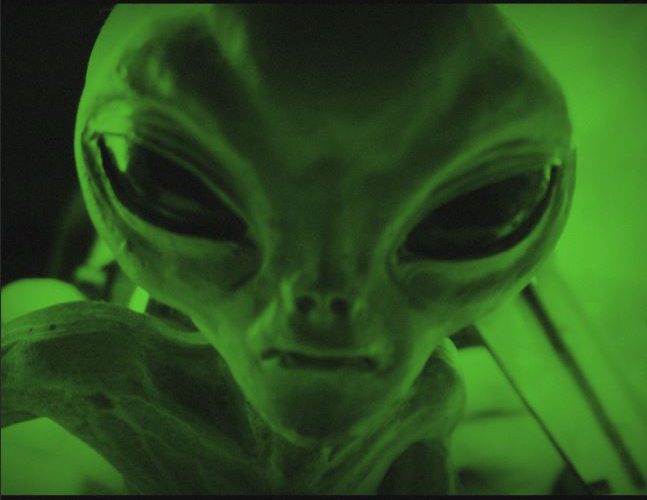 However, while this is certainly an exciting breakthrough, the research – published in Monthly Notices of the Royal Astronomical Society – suggests that less than 0.04% of star systems have the potential to be home to intelligent life. By ‘intelligent’, we don’t mean a lifeform that can win the final of University Challenge, but a civilization that has utilised radio technology at the same level as we have – or that is more advanced than humanity.

Right now, we only have the capability to locate life that uses radio waves to communicate. This means we’re counting on them to advertise their existence. The Universe is a big place, so there’s every chance such a civilisation exists. On the other hand, it’s also so big that finding those radio waves will be a huge task.

According to Wlodarczyk-Sroka: “Our results help to put meaningful limits on the prevalence of transmitters comparable to what we ourselves can build using 21st century technology.”

He adds: “We now know that fewer than one in 1,600 stars closer than about 330 light years host transmitters just a few times more powerful than the strongest radar we have here on Earth. Inhabited worlds with much more powerful transmitters than we can currently produce must be rarer still.”

When Wlodarczyk-Sroka isn’t counting stars, he’s number crunching for an accounting firm as an assistant bookkeeper. And of course, this isn’t the first time a huge scientific breakthrough has been made thanks to the hard work of a post-graduate student. Kostya Novoselov was working under the supervision of Andre Geim at the time the pair became the first in the world to successfully isolate graphene. And Dame Jocelyn Bell Burnell was a PhD student when she discovered pulsars.

I want to believe

So, does alien life exist? Many scientists believe so. One is Dr Jim Green, Chief Scientist at NASA. He paid a visit to The University of Manchester last year and revealed that not only did he believe we would solve the mystery of whether life exists off Earth in our lifetime, but also that the answer was likely to be ‘yes’. You can find out more about Dr Green’s work at NASA, and his visit to the University, in this video.