“We, the children of the twentieth century, have grown accustomed, with every step, to the power of steam and of electricity, we know how profoundly they have changed and continue to change the whole social structure of human society. And now before us are discovered in the phenomenon of radioactivity the sources of power which human imagination depicted to itself. Slowly, trembling and expectant, we turn our eyes to the new power being revealed to human consciousness. What does it announce to us in its future development?. . With hope and dread we peer at the new defender and ally.” (V.I. Vernadsky 1910)

Vladimir Vernadsky may not be a household name in the west like Marie Curie or Albert Einstein, but the legacy of the Russian-Ukrainian geochemist in his home countries is great. One of the founders of radiogeology, he became the first president of the Ukrainian Academy of Sciences, and a monument to him now stands in Kiev, where the national library also bears his name.

Vernadsky was one of the first Soviet (and pre-Soviet) scientists to recognise the value of studying radioactivity, both in its peaceful applications and for its importance in national defence. He was also, as the quote above indicates, one of the first to recognize the power of radioactivity not only as a great, positive source of energy, but also as a potential threat to humanity at large.

As a democrat and a dissident, Vernadsky was a critic of both the Tsarist and Communist regimes he worked under, and as a scientist remained vocally sceptical of the epistemological ideologies that accompanied them – facing scrutiny and risking reprisal for doing so. While much of Vernadsky’s work remains untranslated, his most famous book ‘The Biosphere’, was eventually published in English in 1986.

That same year Ukraine would suffer the largest nuclear disaster the world has seen.

Less than two hours’ drive from where Vernadsky’s statue stands in Kiev is the border to the Chernobyl Exclusion Zone, a 2500km2 area now rendered largely uninhabitable through the contamination of the landscape by the masses of burning, radioactive material that was thrown from the Unit 4 reactor.

Sinking a centimetre a year, these particles are now part of the soil, and are being taken up by plants and thereby returned to the ecosystem. As all who visit the Exclusion Zone can’t fail to notice, it is apparent how successful nature has been at absorbing, and thriving in the face of, this manmade disaster.

Equally striking is how ‘Soviet’ everything still feels, its historical presence radioactively sterilised and hermetically sealed from the outside world, a reminder of a fallen empire, whose decline the disaster here would in no small part aid.

Pripyat – model city, communist utopia, the ‘paradise in the forest’ – is being reclaimed by the trees, as they surge up through floors and burst through decaying roofs. Vernadsky’s warning against both the risks of uncontrolled radiation and of untrammelled Soviet ideology echo through the crumbling tenement blocks – not as mere prescient indictment, but mechanically and systemically, through his trans-disciplinary analysis of nature, and our place within it.

As a geochemist he would come to develop the concept of the biosphere into one which has had profound effects on the Earth’s upper crust and atmosphere. Through Vernadsky the biomass of the planet becomes a truly geological force. But he would also identify another new force, a new type of ‘energy’ as he would characterise it, which he would term the ‘noösphere’, from the Greek word for ‘mind’. This is the action of human beings on the planet, and the biological and geological implications of what we do: “Mankind taken as a whole is becoming a powerful geological force.” (Vernadsky 2007)

We see how at the dawn of the Carboniferous period the biosphere truly came into its own when plants developed an innovative non-degradable new material: wood. The vast forests that ensued would forever transform the constitution of the Earth and its atmosphere, locking massive stores of carbon away as coal while cooling and oxygenating the atmosphere. 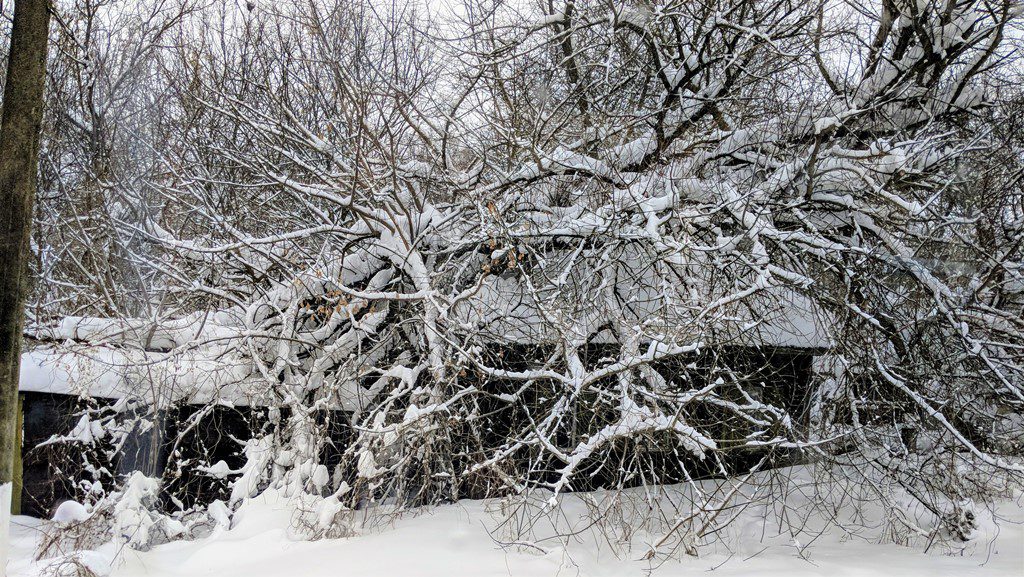 260 million years later, having invented the steam engine, people would proceed to excavate and burn these fossil forests, rapidly reversing this process. But in this post-enlightenment era, the dawn of the noösphere, humans would begin to see themselves as separated from nature, the ‘artificial’ and inorganic purified from the ‘natural’ and organic.

This, in Vernadskian terms, would provide the modern world with a false ideological dichotomy, whereas in reality, as Bruno Latour would later put it: “Nature and Society have no more existence than West and East. They become convenient and relative reference points that moderns use to differentiate intermediaries.” (1991).

Currently, geologists debate whether or not we are living in a discrete and distinct era of our own making, the ‘anthropocene’. Yet whether or not our impact is significant enough to be considered (by ourselves) as a geological epoch is not what is significant about Vernadsky’s philosophy. Rather he, and Chernobyl, remind us that we do not command or dominate or even destroy nature, rather we inscribe ourselves upon it. Animals and plants in the exclusion zone live shorter, sicker lives as a result of the disaster, and yet they thrive regardless, indeed, it is human beings that are the most notable absentees. 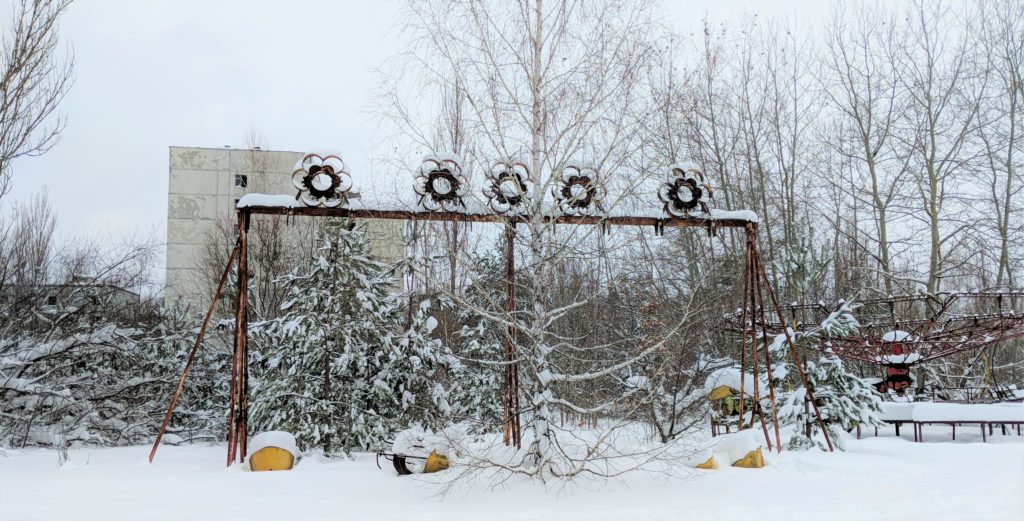 Nature has integrated us, and quickly. Perhaps that shouldn’t come as a surprise – after all, it took 60 million years for micro-organisms to evolve that could digest Carboniferous wood, but less than 40 years for nylon-eating Flavobacteria to emerge in factory waste pools.

Vernadsky was not an environmentalist as we might consider someone today, the threat, as he saw it, was primarily one to ourselves, an existential fear not uncommon to those who lived through both world wars. Rather, he warned against a narrowing reductionism in research: “The twentieth century is the century of scientific atomism” as he noted in one speech, perhaps both positively and negatively.

In fact science itself is consequently implicated in the biosphere and the geosphere: “Scientific thought is both individual and social . . .” indeed, everything from art to science to politics was ultimately part of the same, holistic system for Vernadsky. He always hoped that possessing this knowledge and this self-awareness would enable us to make the right decisions as we moved forward, and he always remained optimistic about our future, the following being published in American Scientist the month he died:

“The important fact is that our democratic ideals are in tune with the elemental geological processes, with the law of nature, and with the noösphere. Therefore we may face the future with confidence. It is in our hands. We will not let it go.” (Vernadsky 1945).

He would die only months before the dropping of the first atomic bomb on Hiroshima. As a proponent of nuclear energy, and of scientific and technological advancement as a force for positive change in the world, Vernadsky’s early words of caution now seem sadly prophetic.

It is perhaps by seeing such events more in the manner that he proposed, not simply as anomalies or mistakes but as potentially predictable consequences of interlinking societal and natural systems, that we may find ourselves better able to avoid their tragic consequences in future.

About Ian Tellam
Ian is a PhD student in Social Anthropology at the University of Manchester. He has worked in the IT sector over the last 15 years. Read more.