Albert Einstein at The University of Manchester

100 years ago, on 9 June 2021, The University of Manchester hosted renowned theoretical physicist Albert Einstein. Einstein had been touring the USA to raise funds for the proposed Hebrew University of Jerusalem, along with Chaim Weizmann, then a member of staff in the Department of Chemistry. His visit to Manchester and the University was his first stop in the UK, and as part of the commemoration of his visit, he was also made an Honorary Doctor of Science by the University.

Having initially spoken to the University Students’ Jewish Society about the Hebrew University, he then delivered a lecture (entirely in German), to a packed audience – filled with staff and visitors who had travelled from across the country to be there. 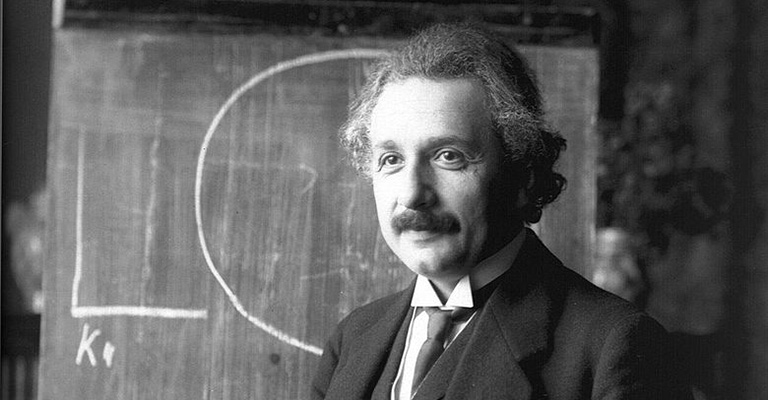 The focus of the lecture was his Theory of Relativity – a theory that featured two of his interrelated theories: special relativity (published in 1905) and general relatively (published in 1915). The first applies to all physical phenomena in the absence of gravity, whilst the second explains gravitational laws, and their relation to other forces of nature. The implications of both of these were (and indeed are) so far reaching they impact both cosmological and astronomical science.

In fact we can still feel the impact of this theory today, satellite-based measurement takes into account relativistic effects (a satellite is in motion relative to an Earth-bound user, and so is in a different frame of reference under the theory of relativity), GPS systems need to balance out effects of  Earth’s gravitational field, and instruments including electron microscopes and particle accelerators need to take into account relativistic effects.

So great was his impact, that the actor Michael Roberts, re-enacted the lecture for us back in 2005 (which you can watch here). 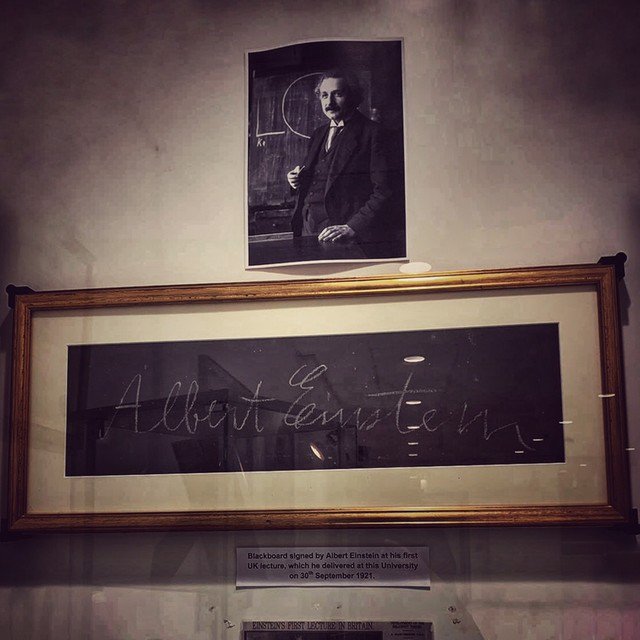 Finally, before he left us, he was asked for his autograph – the signed chalkboard sits proudly in the Schuster Building on the first floor.

100 years on, give or take a month or two (due to COVID restrictions) we are celebrating this centenary with a talk by Professor Michael Kramer, who will present his talk on ‘Probing relativistic gravity with radio astronomy’, as part of the Schuster Colloquium series of events, on 3rd November. 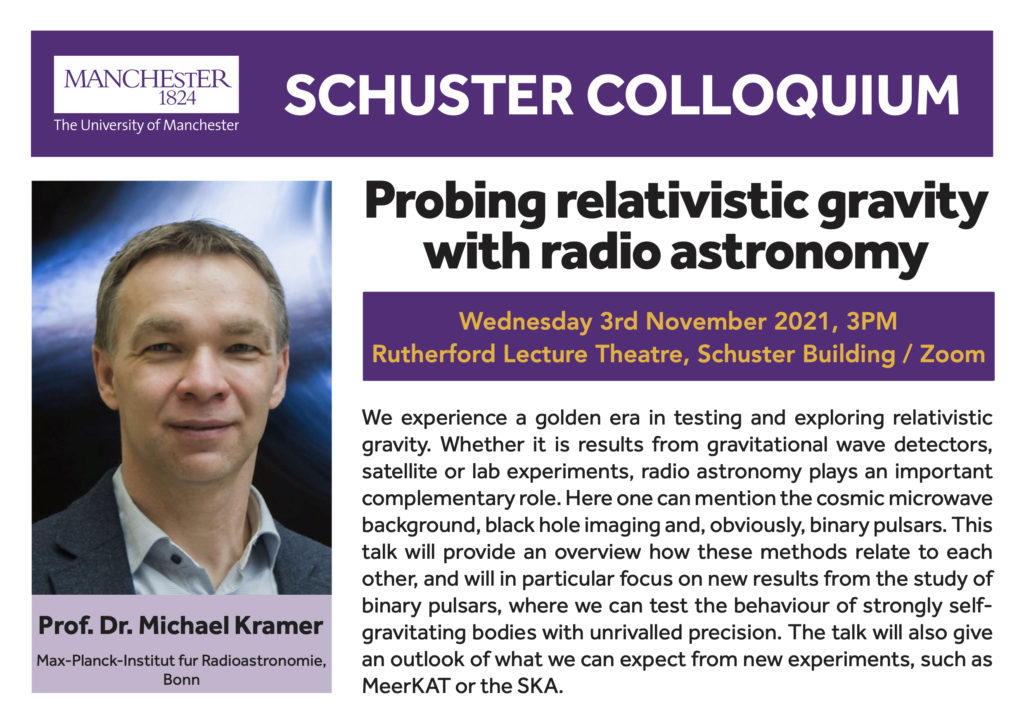 Whilst Professor Kramer cannot be there in person, he will present via Zoom to attendees hosted in the Rutherford Theatre.

More details, including how to attend, can be found here.