The Force is strong in Manchester

It’s that time of year again: you might see “May the Fourth be with you” puns on the news and across social media as fans celebrate ‘Star Wars Day’.

It’s a day of celebration for fans of the franchise, but for Jedi enthusiasts this year, a bigger disturbance in the Force is the cancellation of the conventions, cinema screenings and special themed events that would normally mark the day. Much like Luke Skywalker in Star Wars: The Last Jedi, we are all going through a period of social distance and isolation (minus the Porgs).

For anybody making the best of it and putting together their Princess Leia or Boba Fett cosplay to celebrate at home, Dr Naomi Curati can help make sure your sound effects are authentic. She’s the public engagement manager in the Mathematics of Waves and Materials research group within the Department of Mathematics, and she’s been making online resources for families who have found themselves suddenly home-schooling. These are simple experiments exploring sound with objects people might already have at home – including using a slinky and a flowerpot to make the sound of the Star Wars blasters.

In fact, this DIY approach is very close to how the real thing was done back when the original Trilogy was filmed. Dr Curati says: “Ben Burtt, who did the sound effects for Star Wars, did a similar thing – he hit the cable of a radio mast with a wrench. That works on the same principle as the slinky, where the vibrations that cause the sound do not all travel at the same speed.

“The higher frequency vibrations travel up the slinky faster than the lower frequency vibrations, so the high pitched sounds reach our ears a fraction of a second before the low, causing that familiar “pew-pew” noise. The addition of the flowerpot amplifies the sound so that we can hear the effect very clearly.”

May the Force be with you 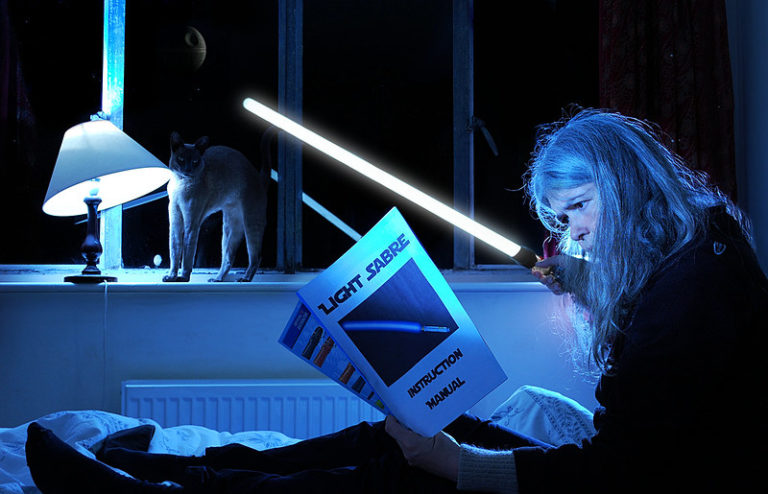 Dr Curati and a team from the Maths of Waves and Materials group were set to take their sound-related activities to science fairs around the country this spring, but these events have been cancelled due to COVID-19. One of the most anticipated of these events was Bluedot Festival at Jodrell Bank, which has now beenpostponed to 2021.

At last year’s festival, astrophysicist Dr Eamonn Kerins donned a green lycra suit to become his alter-ego ‘the Jodrell Bank alien’ and wow 10,000+ festival-goers with his talk on the hunt for alien life on exoplanets – planets that orbit stars other than the Sun. To date, 4,256 planets have been identified in over 3,000 of these distant solar systems – and it turns out that the iconic Star Wars image of Luke Skywalker watching a double sunset on his home planet of Tatooine isn’t pure science fiction. Exoplanets have been found in circum-binary systems, orbiting two stars.

Dr Kerins explains: “We know of around 24 circum-binary planetary systems. Maybe the nearest to Tatooine discovered so far is Kepler-47c. It’s part of a three-planet system orbiting two stars and is actually within the habitable zone of those stars. The stars orbit each other every 7.5 days and one of them is similar to our Sun, though the other is smaller and much dimmer.

“Unfortunately, Kepler-47c is probably more like Jupiter than Earth, so the Force (of gravity) is too strong there, even for a Jedi Master.”

The circle is now complete 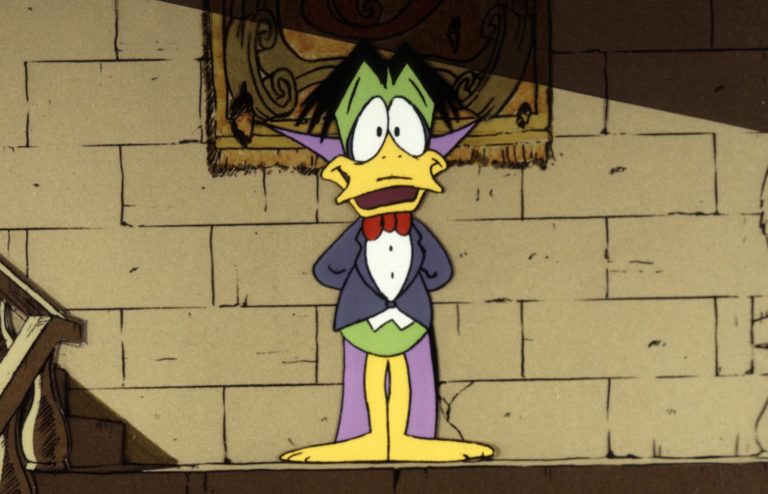 There’s a final little-known Manchester connection to the origin of Star Wars Day and it’s in that ‘May the Fourth be with you’ pun. While the news stories that get trotted out each year usually reference a 1979 newspaper ad from the Conservative Party first using the phrase to celebrate Margaret Thatcher becoming Prime Minister, no actual source on this seems to exist – but the pun definitely appeared in a 1988 episode of the classic cartoon Count Duckula entitled “The Vampire Strikes Back”.

The beloved vampire-waterfowl crossover series was produced by animation studio Cosgrove Hall, based down the road in Chorlton-cum-Hardy, and named after founders Brian Cosgrove and Mark Hall, who met at Manchester College of Art and Design (now part of MMU).

So, whether you’re celebrating Star Wars Day by making your own sci-fi sound effects, learning about real alien worlds, watching the just-released The Rise of Skywalker, or ignoring the whole thing entirely, just remember: as with so many things, Manchester blazed the trail.

Don’t forget to subscribe on our homepage to keep up to date with all the latest posts from The Hub.